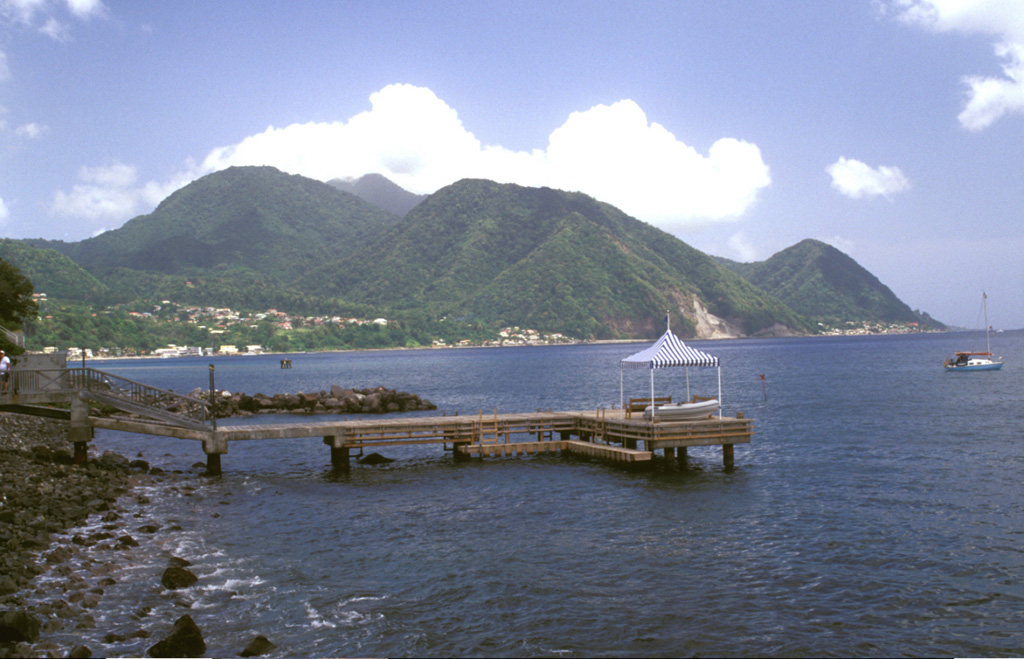 The Plat Pays volcanic complex rises to the south beyond the shoreline of the city of Roseau in the foreground. Three lava domes that formed after the roughly 39,000-year-old caldera collapse at Plat Pays lie on the horizon. On the left is the rounded Morne Canot dome, in the center is La Falaise dome, and the peak at the far right is Morne la Vue, which rises above the village of Pointe Michel. The summit of the Morne Plat Pays stratovolcano lies in the left-center background between Morne Canot and La Falaise domes.