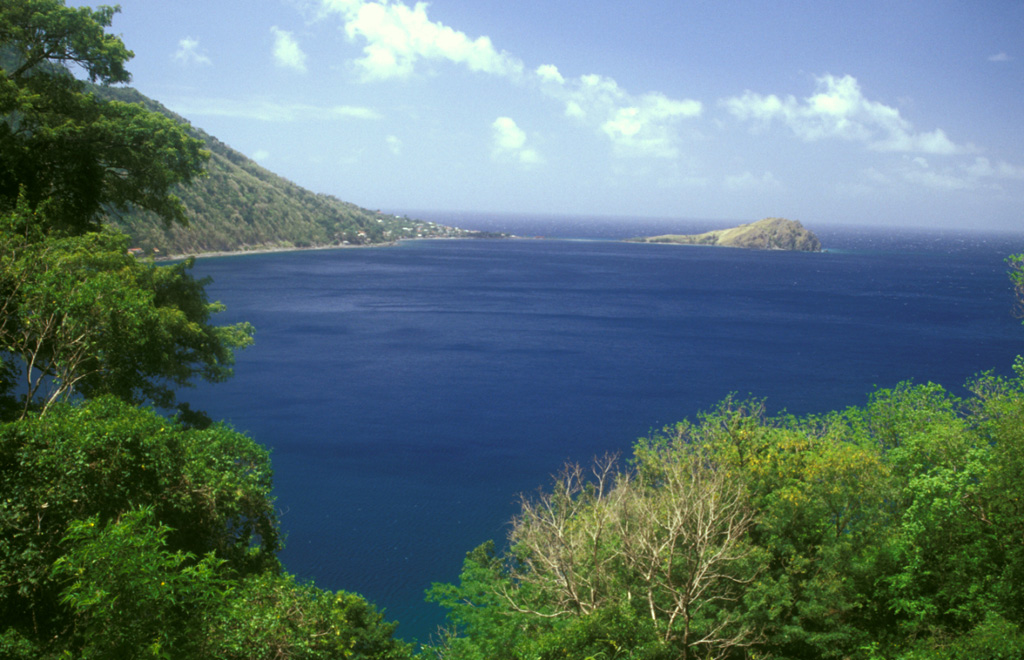 Scotts Head lava dome forms a dramatic promontory marking the southern margin of Soufrière Bay and is connected by a narrow spit only a few meters high to Scotts Head village (left-center). The weathered hill (also known as Pointe Cachacrou) consists of subvertical lava sheets and is a remnant of lava dome extruded along a fracture inboard of the southern margin of the Soufrière Bay depression. The slopes of Crabier lava dome rise at the left.