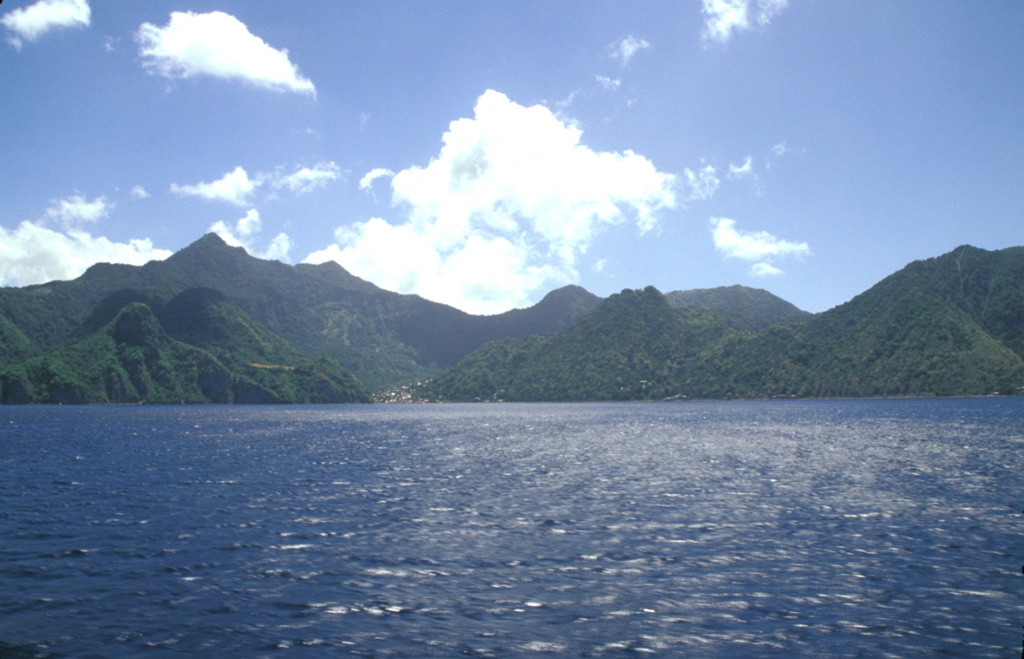 Morne Plat Pays (left), Morne Patates (right-center) and Crabier (right) at the SW tip of Dominica are seen from the SW. The Morne Plat Pays volcanic complex contains the Morne Plat Pays stratovolcano and a complex of central lava domes. The complex is cut by a large depression, partly filled by the lava domes, that was formed by collapse of the volcano during the late Pleistocene. The collapse scarp is 400-900 m high, and submarine debris-avalanche blocks from the collapse are visible in bathymetry.