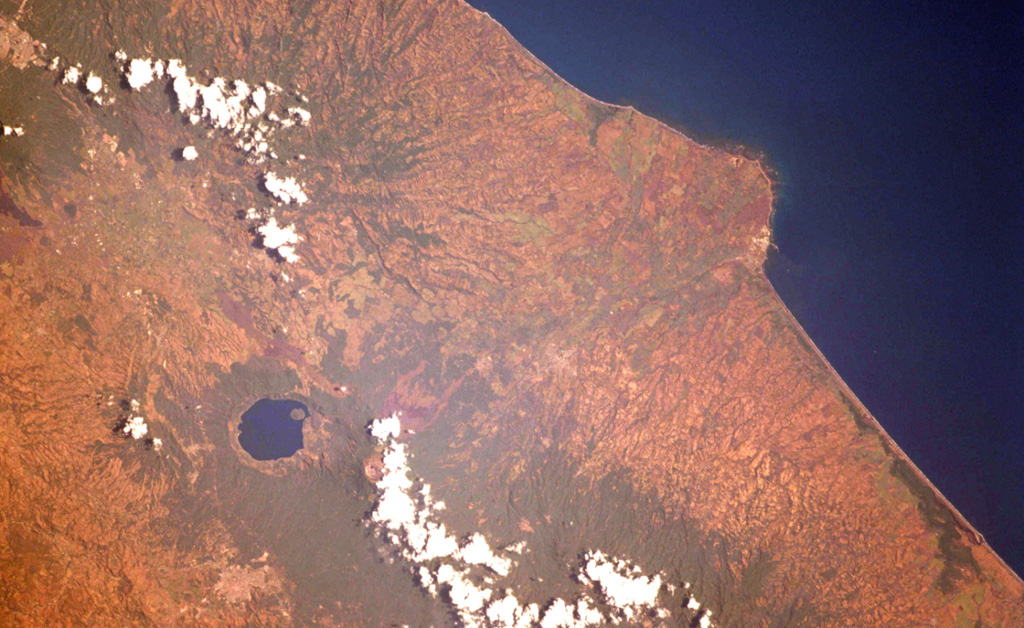 The Acajutla Peninsula is the largest topographic irregularity along a 900-km-long stretch of the Pacific coast between the Gulf of Tehuantepec off Oaxaca, México and the Gulf of Fonseca at the SE tip of El Salvador. The 20-km-wide peninsula was created by a debris avalanche that traveled nearly 50 km following the late-Pleistocene collapse of Santa Ana volcano, located beneath the cloud bank to the right of Coatepeque lake. Part of the shallow submarine component of the deposit is visible in this International Space Station image with north to the lower left.