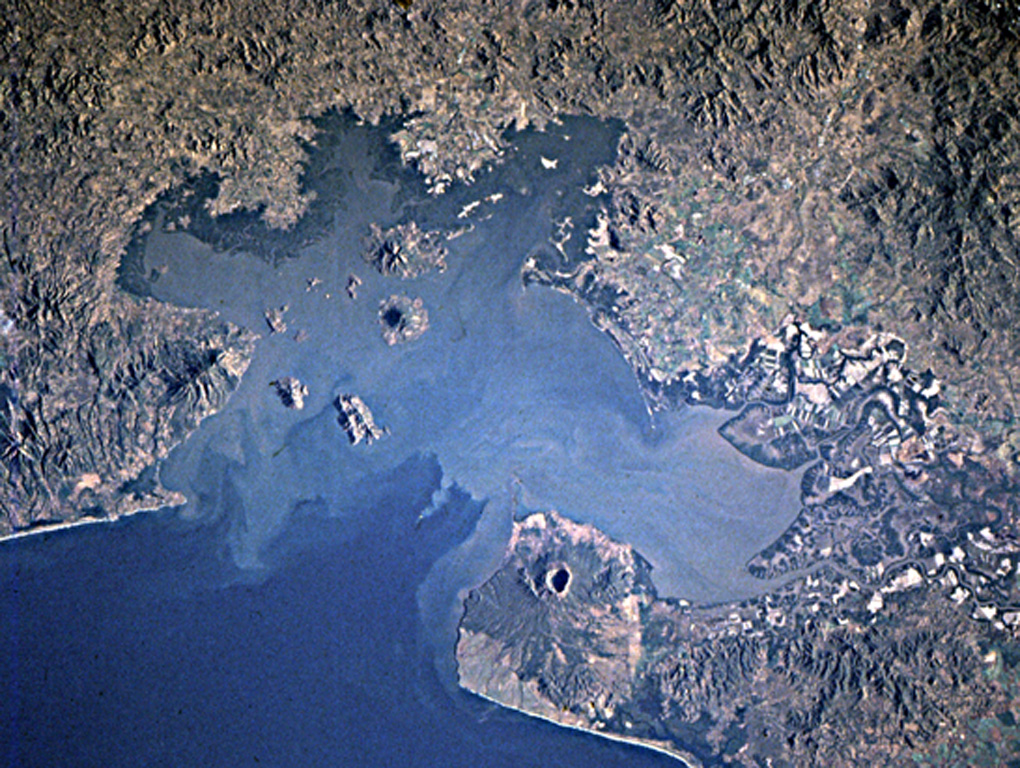 Young volcanoes dot the surface and anchor the shores of the Gulf of Fonseca, which forms the coastline of three countries. Conchagua volcano occupies the wedge-shaped peninsula (left-center) in eastern El Salvador, while Cosigüina volcano forms the prominent peninsula across the bay in Nicaragua. Clockwise from the top are the islands of Zacate Grande and El Tigre in Honduras and Meanguera and Conchaguita in El Salvador. The mouth of the Gulf of Fonseca is about 30 km wide. 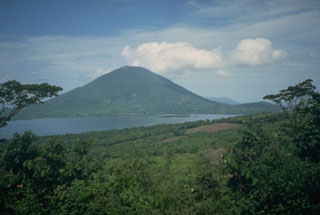