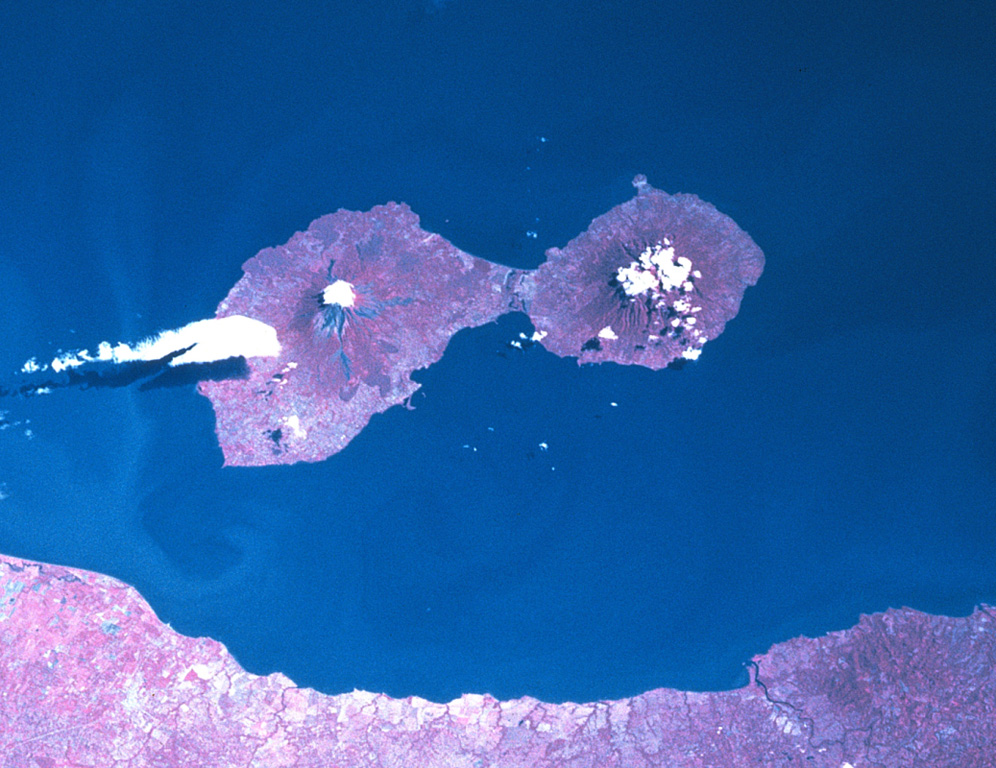 The dumbbell-shaped island of Ometepe, the largest in Lake Nicaragua (also known as Colcibolca), consists of two large stratovolcanoes, Concepción on the left and Maderas on the right. The two volcanoes were constructed on an unstable substrate of Tertiary-to-Cretaceous marine rocks and younger lake sediments, which has promoted spreading and deformation of the volcanic edifices. A low narrow isthmus connects Concepción to Maderas volcano. North lies to the upper left in this Space Shuttle image.