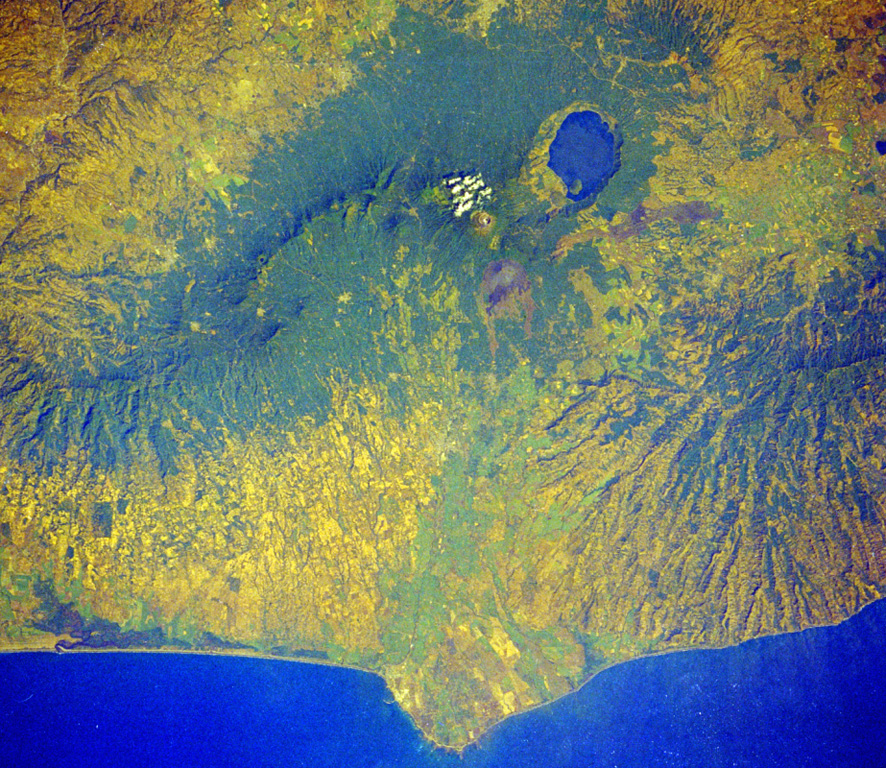 Four volcanoes in western El Salvador are visible in this Space Shuttle image. The forested ridge at the left-center is the Apaneca Range, a complex of calderas and small stratovolcanoes. The summit crater of Santa Ana volcano lies below the small cloud bank, and the brownish area below it is Izalco volcano. A circular lake partially fills Coatepeque caldera. The Acajutla Peninsula at the bottom, named after the port city of Acajutla, was formed by a massive debris avalanche produced by the late-Pleistocene collapse of Santa Ana volcano.