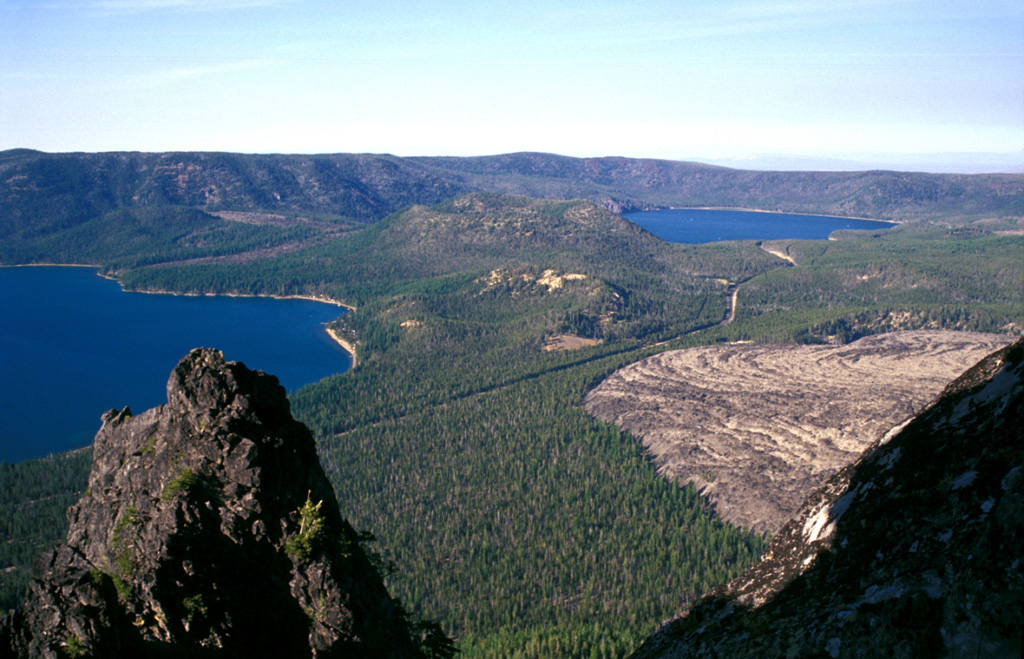 Newberry volcano, one of the largest Quaternary volcanoes in the conterminous United States, lies 60 km E of the crest of the Cascade Range in central Oregon. The shield volcano contains a 5 x 7 km caldera with two lakes, Paulina Lake (left) and East Lake (right). Newberry has been active during the Holocene at vents within the caldera that have produced pumice cones and obsidian lava flows (like Obsidian flow to the lower right), and outside the caldera forming scoria cones on its broad flanks.