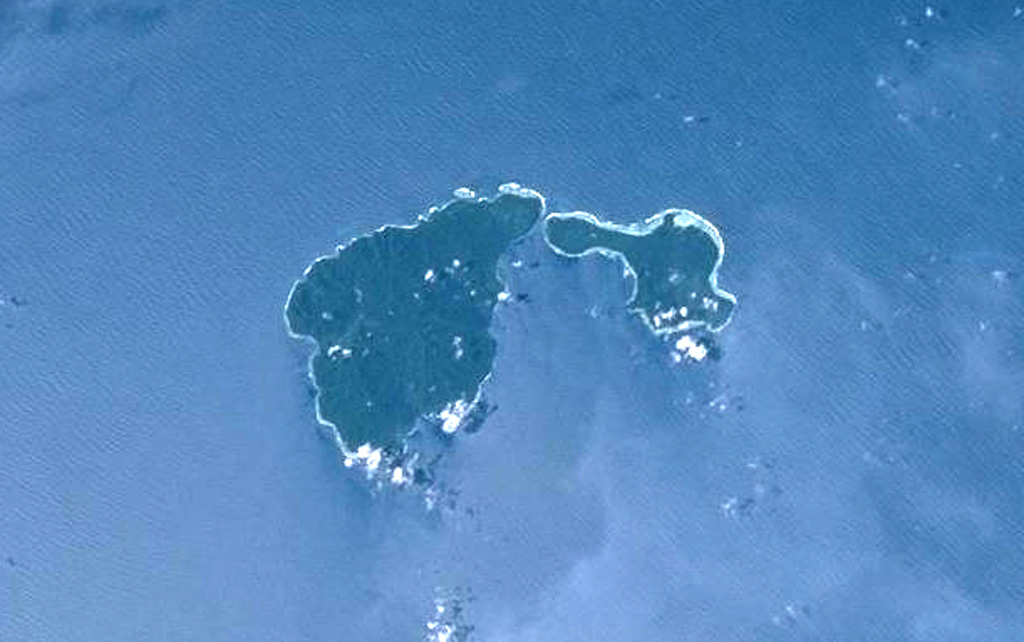 Ambitle (left center) is the larger of two adjacent islands forming the Feni Islands. The 13-km-long island is dominantly Pliocene-to-Pleistocene with a 3-km-wide central caldera. A maar on the E side of post-caldera lava domes formed about 2,300 years ago. Thermal areas are active within the caldera and just off the W coast. Babase Island, immediately to the NE of Ambitle, is a Pleistocene volcano and lava dome connected by a narrow isthmus. 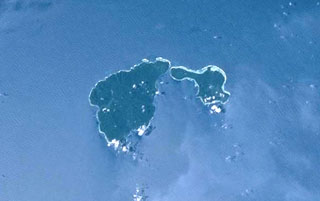