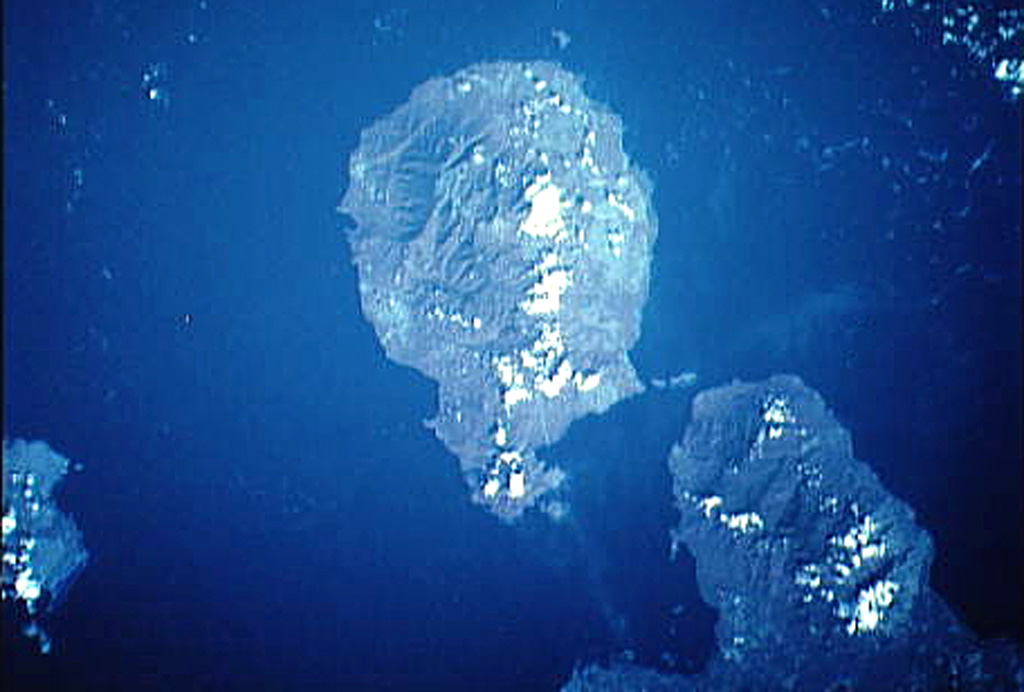 Goodenough (center) is the roughly circular volcanic island that is the westernmost of the D'Entrecasteaux Islands in this NASA satellite image with north to the upper right. Several Holocene eruptive centers that may be only a few hundred years old are located around the margins of fault-bounded metamorphic rocks that form the central part of Goodenough Island. The youngest volcanic features, which include the Walilagi Cones, are located at the SE end of the island on the Bwaido Peninsula (lower center). 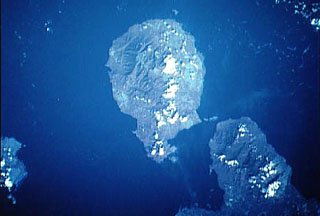