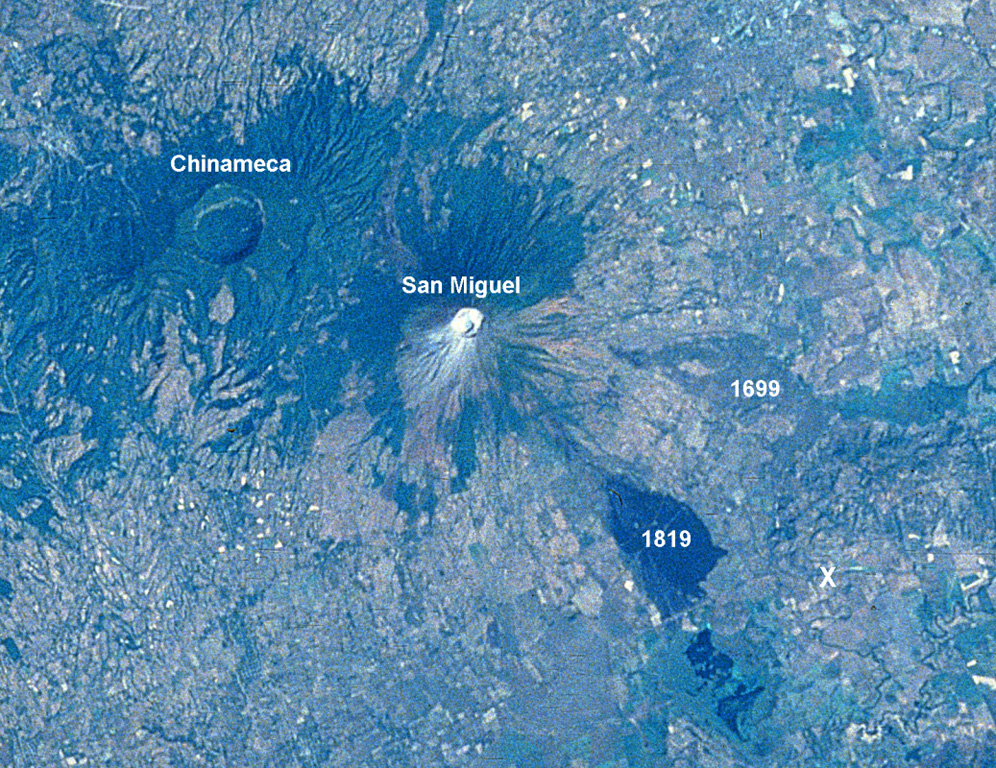 A large eruption took place from San Miguel in 1699, accompanied by strong earthquakes, flames, and rumblings. A major lava flow (right-center) traveled from SE-flank fissures for a straight-line distance of nearly 9 km. The flow divided around a light-colored kipuka and then banked against Pleistocene volcanic hills, where it was deflected to the south in a narrow lobe to the point labeled "X." The 2.5-km-wide caldera of Chinameca volcano lies across a saddle from San Miguel in this Space Shuttle image with north to the upper left.