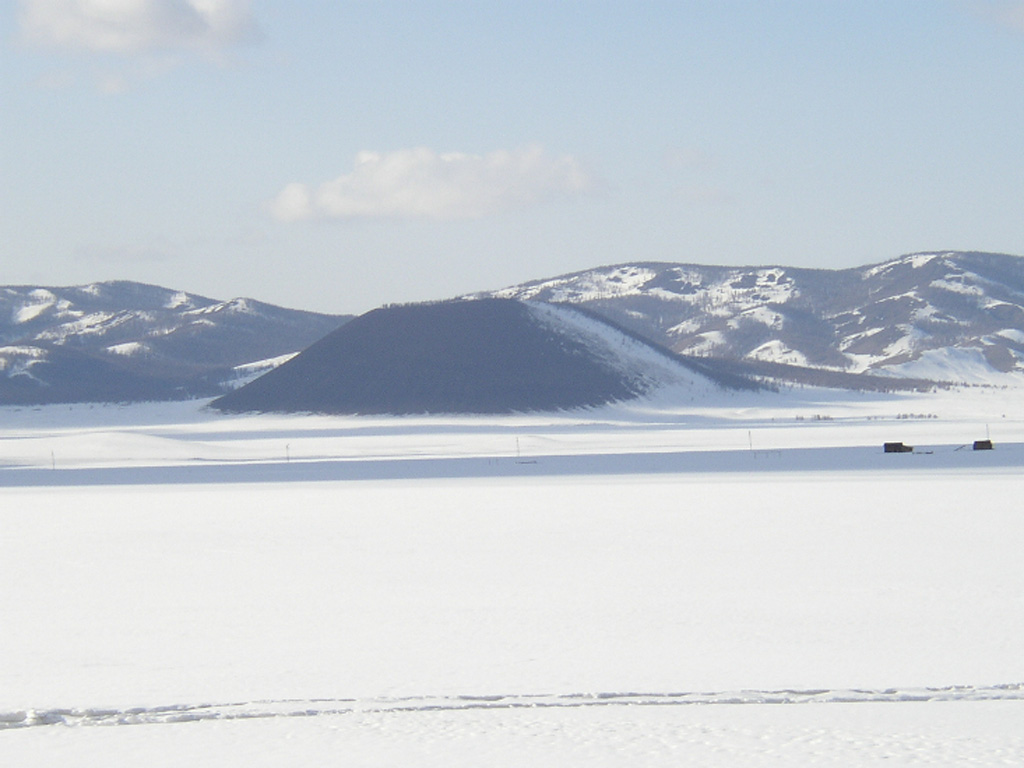 Urun Dush volcano (center) is one of the scoria cones in the Khanuy Gol volcanic field, in west-central Mongolia about 150 km WNW of the capital city of Ulaanbaatar. The volcanic field covers a broad area along the Khanuy River and in other drainages to the east. The cones range from about 30 to 190 m in height and are considered to be of late-Pleistocene to Holocene age. 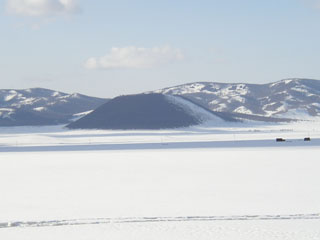