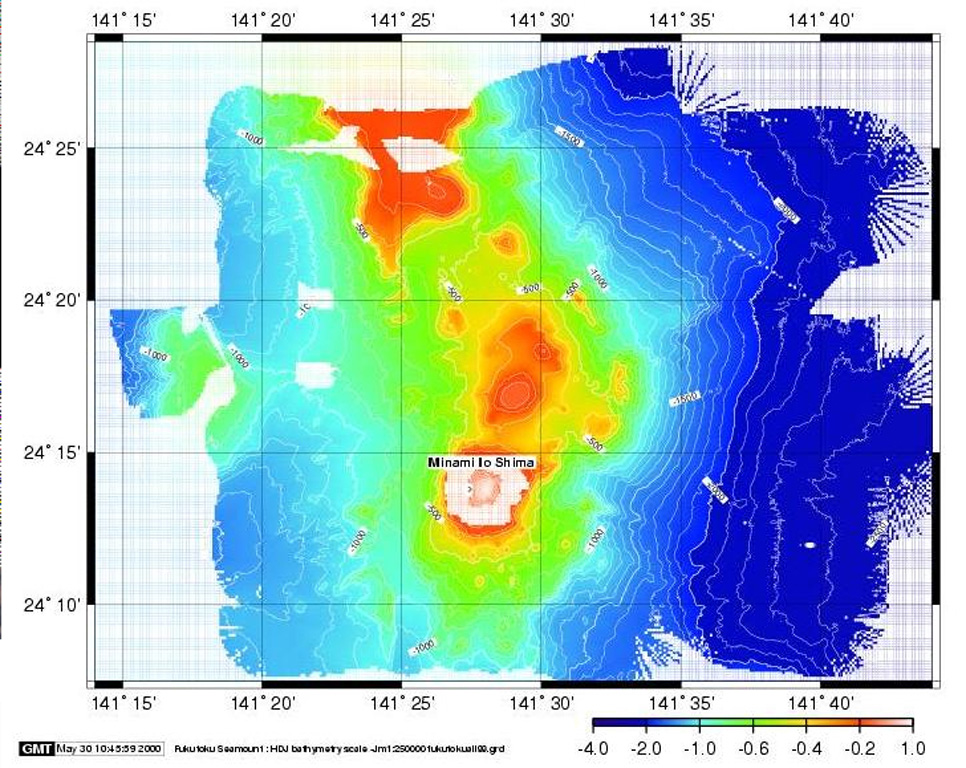 The topographic high (red) at the top of this bathymetric image is Kita-Fukutokutai submarine volcano. It is halfway between Iwojima and Minami-Iwojima islands, NW of Fukutoku-Okanoba submarine volcano (center; north of Minami-Iwojima). Water discoloration was reported several times beginning in 1937 at Kita-Fukutokutai, and in 1988 a fishing boat reported an eruption column about 100 m high, although the report was not confirmed at the time. 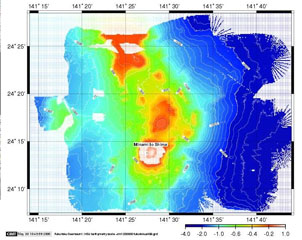