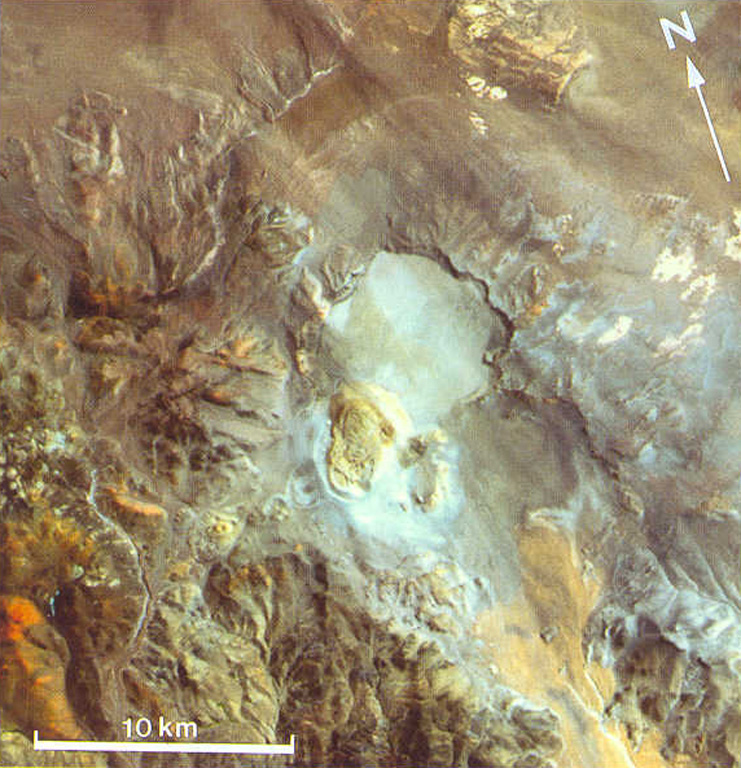 The circular light-colored area in the center of this Thematic Mapper image is the 6-km-wide Robledo caldera. The Cerro Blanco del Robledo rhyolitic lava dome on the southern rim of the caldera was extruded into a pumice cone (pale tones). The margins of pyroclastic flows erupted prior to extrusion of the lava dome are faintly visible on the caldera floor and on the NW flanks of the caldera. Satellite geodetic surveys in the central Andes showed subsidence of Robledo caldera in the 1990s. 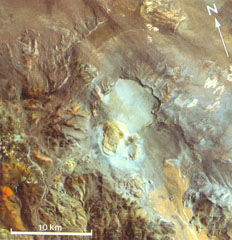