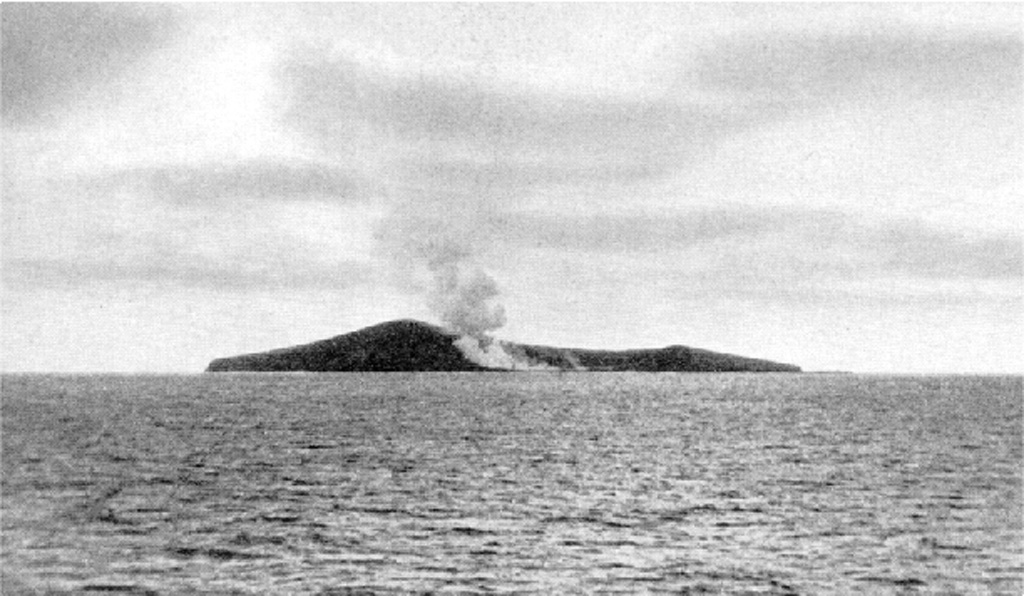 The active crater of Fonuafo'ou (formerly known as Falcon Island) through the SE breach and a plume that is dispersed to the NW by dominant SE Trade Winds. The ephemeral island in the central part of the Tonga Islands had been named after the British vessel H.M.S. Falcon, which reported the shoal in 1865. This volcano has been the site of eruptions on at least two occasions since the 19th century. By 1949 the island had eroded beneath sea level, but the summit of the volcano remains at shallow depths. 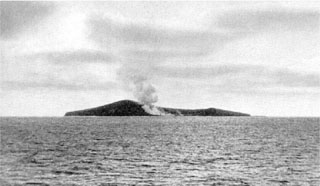