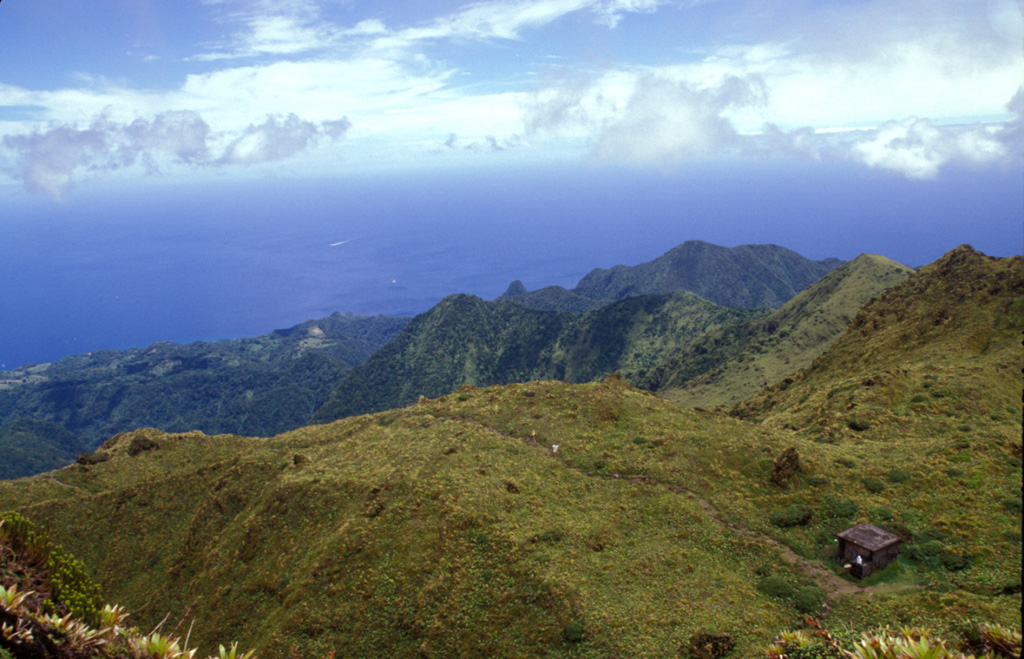 This view looks west from the 1902 lava dome within the summit crater of Mount Pelée. The area beyond the grassy knoll was part of the first portion of the ancestral volcano that underwent massive edifice collapse more than 100,000 years ago. This massive collapse produced a 25 cu km debris avalanche that swept into the Caribbean Sea up to 70 km from the coastline. Mount Pelée was subject to three major episodes of edifice collapse--the second took place about 25,000 years and the third about 9000 years ago.