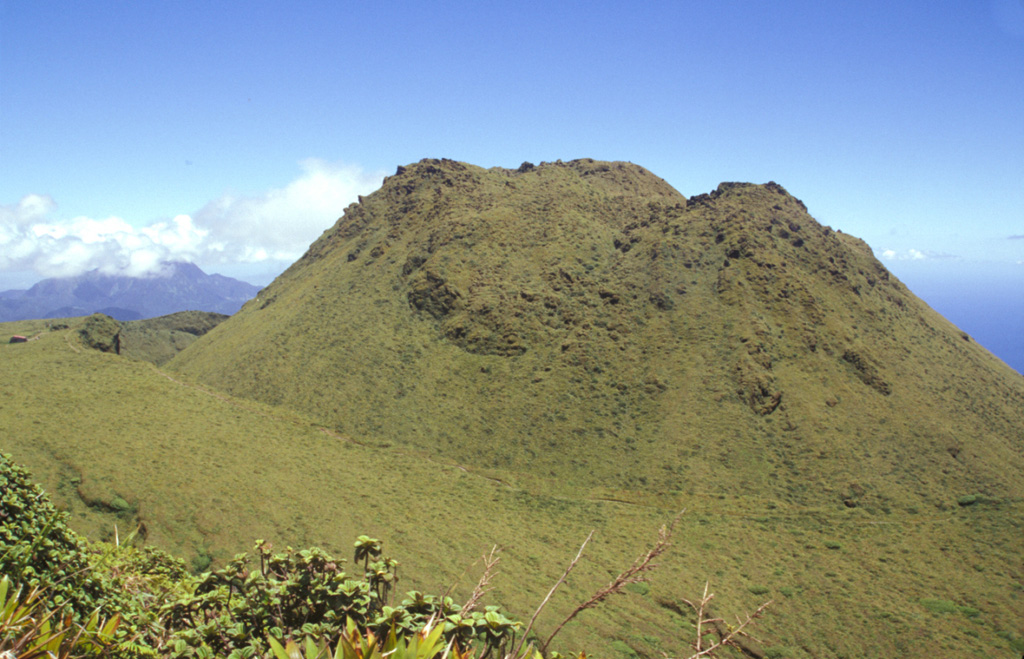 The 1902 lava dome fills much of the l'Etang Sec summit crater, as seen here from Morne Macouba, north of the summit. Following the catastrophic eruption on May 8, 1902, rapid growth of a summit lava dome began; it reached 350 m height by July 6. Intermittent explosive activity continued until October 31, 1903 and lava dome growth continued on a diminishing scale until October 5, 1905. The famous spine at one point rose to 1617 m, 220 m above the current summit (the 1929 lava dome), before it crumbled away.