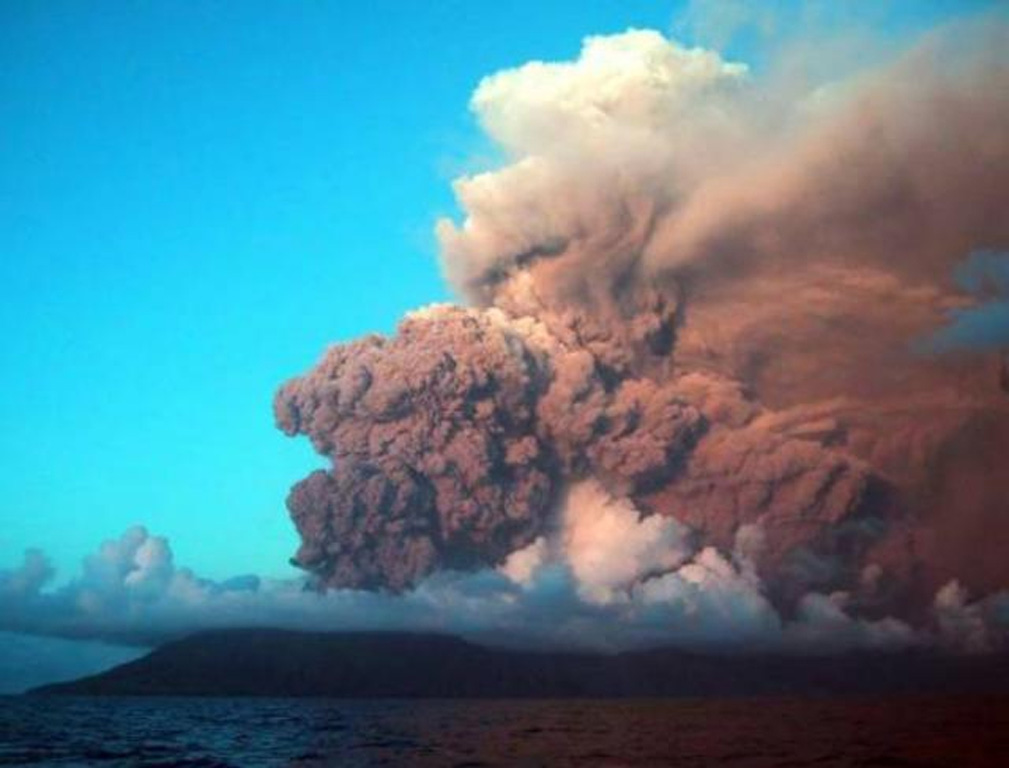 The first historical eruption of Anatahan is seen here on 10 May 2003, with an ash plume from activity that began earlier that day. The plume rose to about 4.6 km and originated from the eastern crater. Intermittent explosive eruptions took place until 16 June. Lava flows were emplaced on the floor of the caldera beginning on 4 June and later coalesced to form a small lava dome in the new 300-m-wide crater. This view is toward the SW.