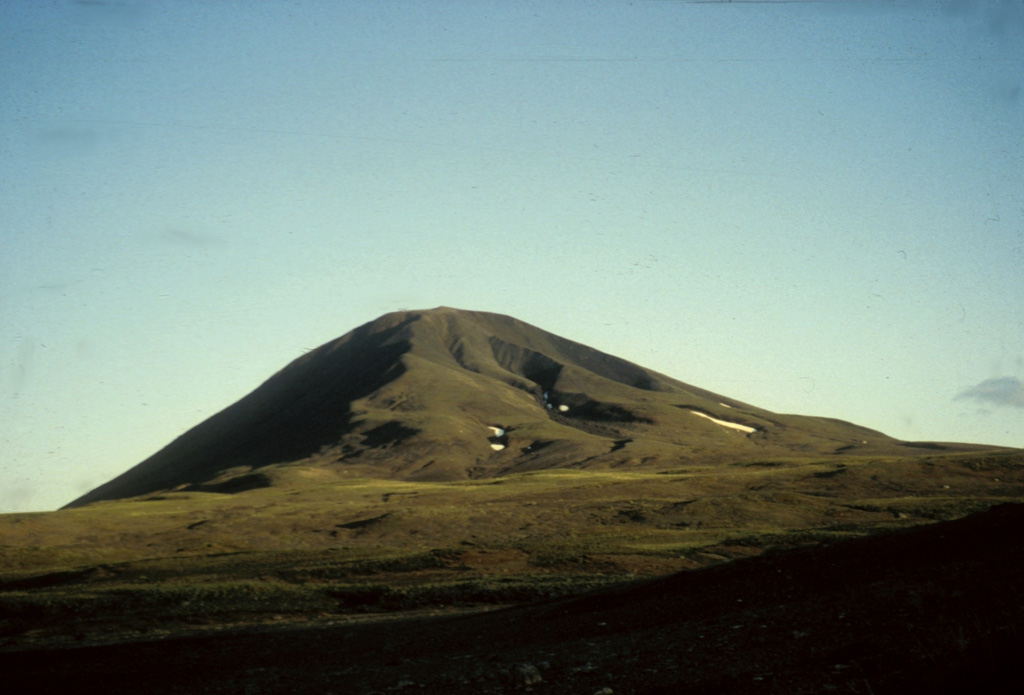 South Tuya, seen here from the north, is one of six subglacial volcanoes close to Tuya Lake, in north-central British Columbia. The cone seen above comprises loose volcanic debris as well as dikes of basaltic rock intruded into the volcanic pile. The base of the volcano comprises pillow lavas and hyaloclastite, indicating that the volcano formed either beneath ice or within a large lake. Several small postglacial cones and lava flows have been reported in this area. 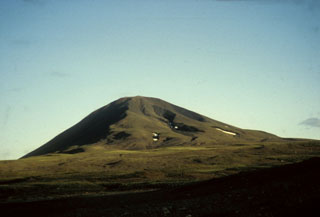