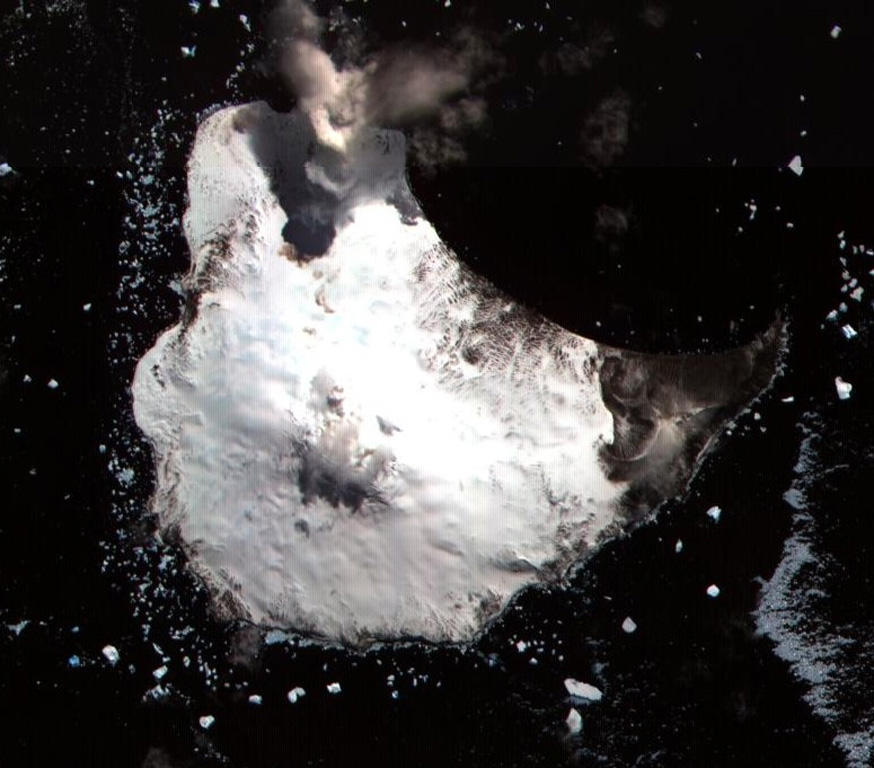 Glacier-covered Mount Michael stratovolcano dominates Saunders Island. Cordelia Bay lies between the Blackstone Plain (top) and the snow-free Ashen Hills (right), a cluster of parasitic cones on the SE flank. Ash clouds were reported from the summit crater in 1819, and an effusive eruption was inferred to have occurred from a north-flank fissure around the turn of the 19th century. Recent AVHRR and MODIS satellite imagery has revealed evidence for lava lake activity in the summit crater of Mount Michael.