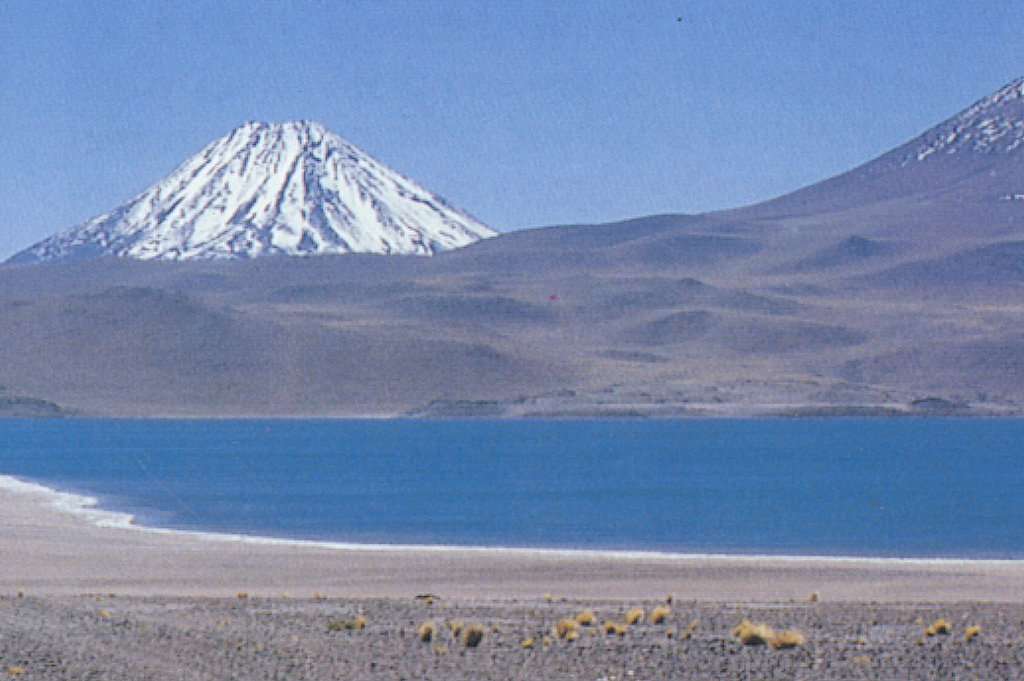 Snow-capped Volcán Chiliques is a conical stratovolcano located NNE of Laguna Miscanti (foreground). The 5778-m-high summit of the volcano contains a 500-m-wide crater. Several youthful lava flows, some of which are considered to be of Holocene age descend its flanks. Chiliques had previously been considered to be dormant; however, in 2002 a NASA nighttime thermal infrared satellite image showed low-level hot spots in the summit crater and upper flanks. 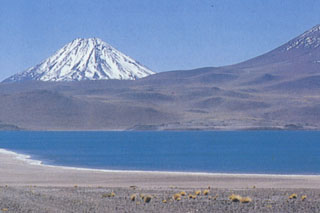