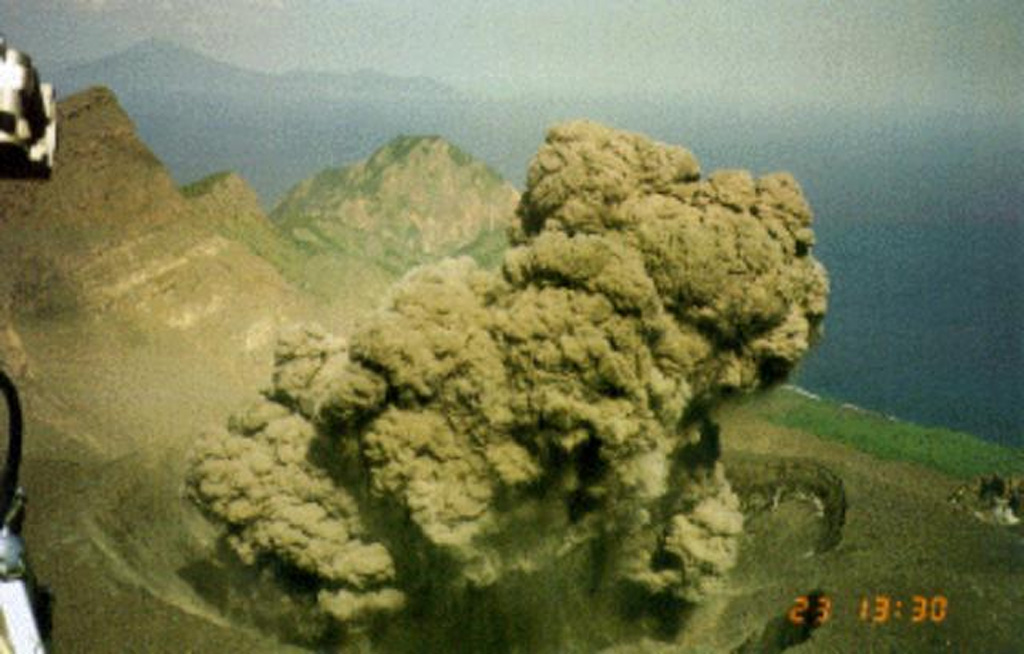 An ash plume erupts from the Suwanosejima summit crater, seen from a helicopter on 12 May 2001. Eruptions on the evening of 12 May and the morning of the 13th deposited up to 3 cm of ash in Toshima village, about 4 km NNW of the crater. After a quiet period of about 10 months eruptive activity had resumed on 19 December 2000 and continued intermittently until July 2004.