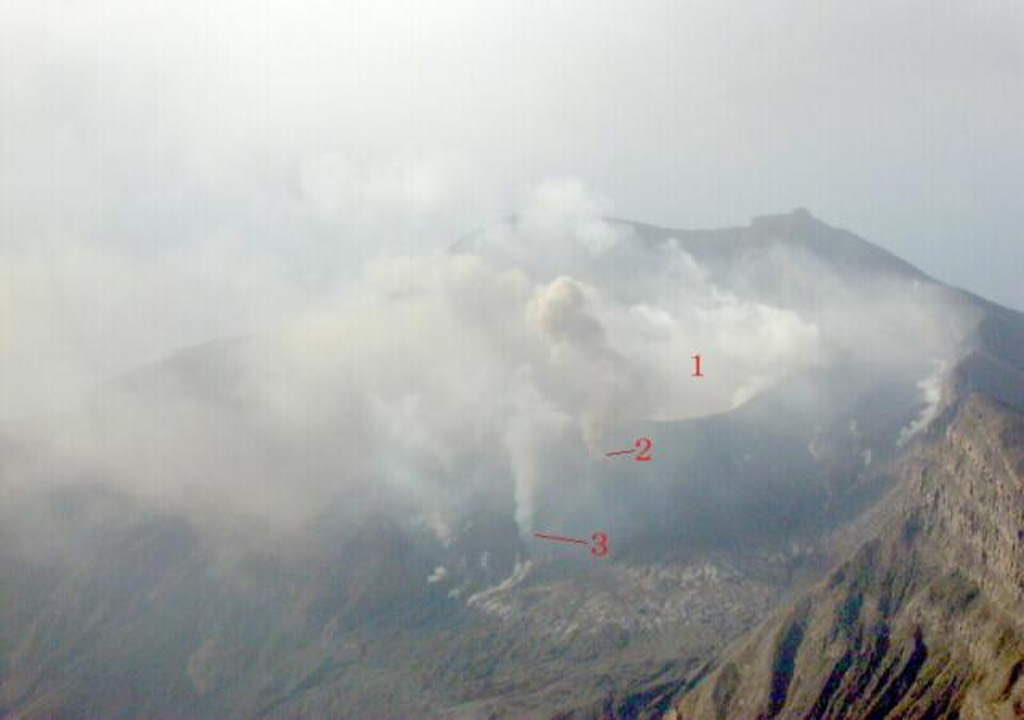 This photo of the NE slope of Suwanosejima was taken on 20 December 2000, the day after the onset of an explosive eruption. It shows the main active crater, Ontake (labeled 1), and two subsidiary craters (2 and 3). Explosive activity continued intermittently until July 2004.