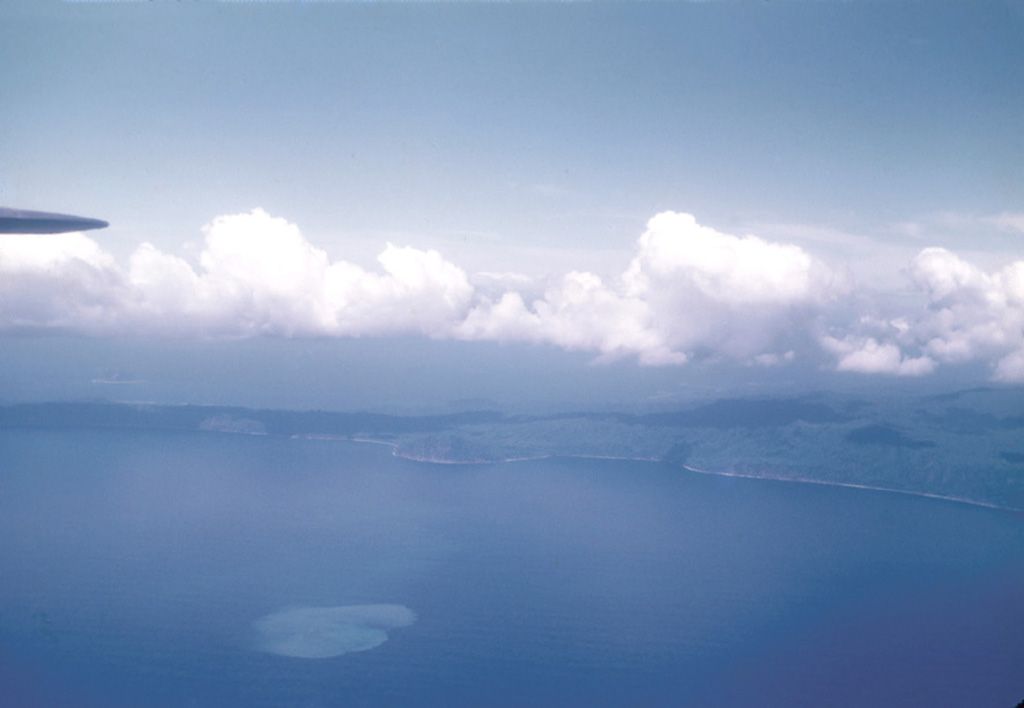 Discolored water rises from the submarine Epi B vent in December 1958. This vent is one of several located offshore of Epi Island, located slightly W of the main New Hebrides volcanic arc. It largely consists of two Quaternary volcanoes, Mount Allombei to the west and Pomare (Tavani Kutali) to the east. All historical eruptions have originated from small submarine cones. Ephemeral islands were formed during eruptions in 1920 and 1953. 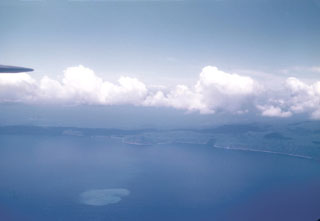