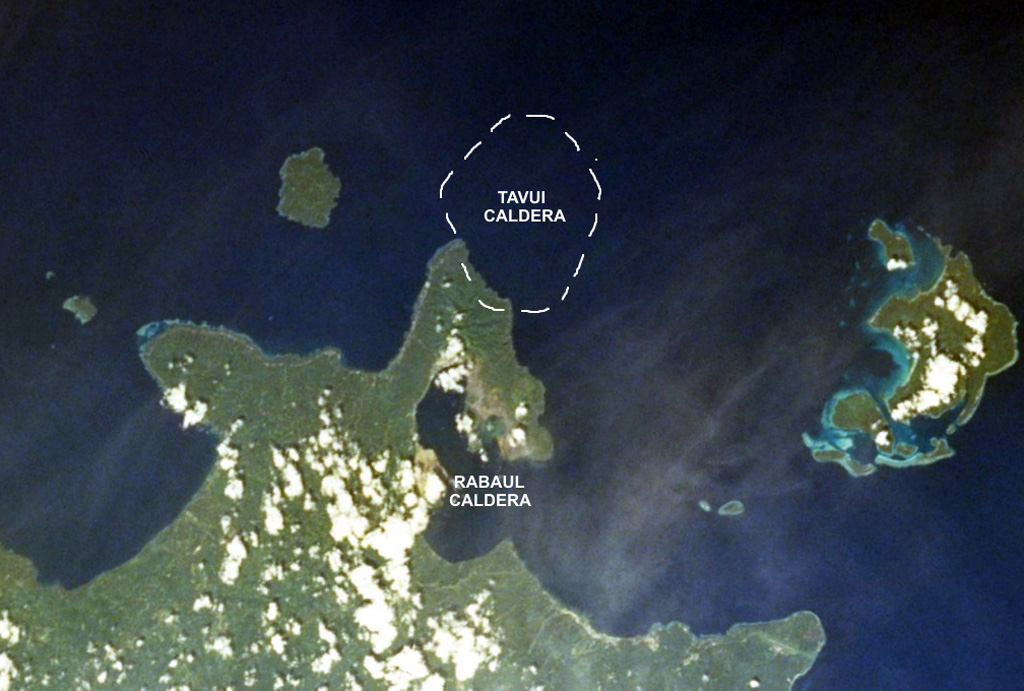 The mostly submarine Tavui caldera at the NE end of New Britain lies off the tip of the Gazelle Peninsula. The SW wall of the roughly 10 x 12 km wide caldera, its margins crudely shown on this image, cuts the NE tip of the peninsula. Tavui caldera, much less known than Rabaul caldera to the S, was first discovered during a bathymetric cruise in 1985. Light ash-covered areas from the 1994 Rabaul eruption can be seen at the western and NE margins of Rabaul caldera in this 1999 NASA Space Shuttle image. 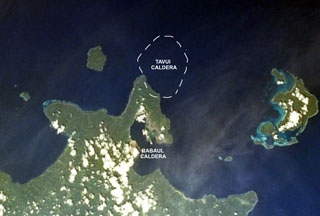