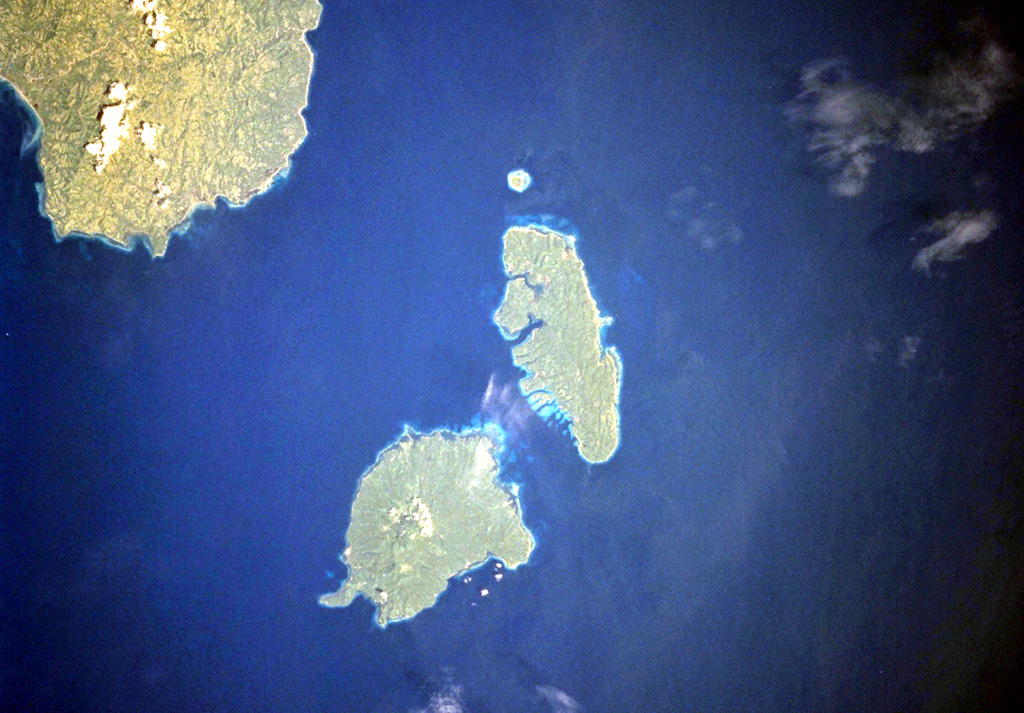 The Sarangani Islands lie about 20 km across Sarangani Strait from the Batulaki Peninsula (upper left), which forms the southern tip of Mindanao Island. Balut volcano occupies the lower island in this NASA Space Shuttle image (N is to the upper left). The volcano has hot springs and areas on the flanks have undergone thermal alteration. 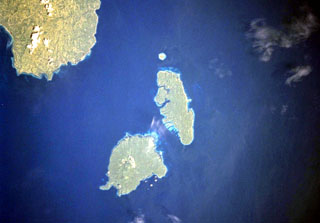