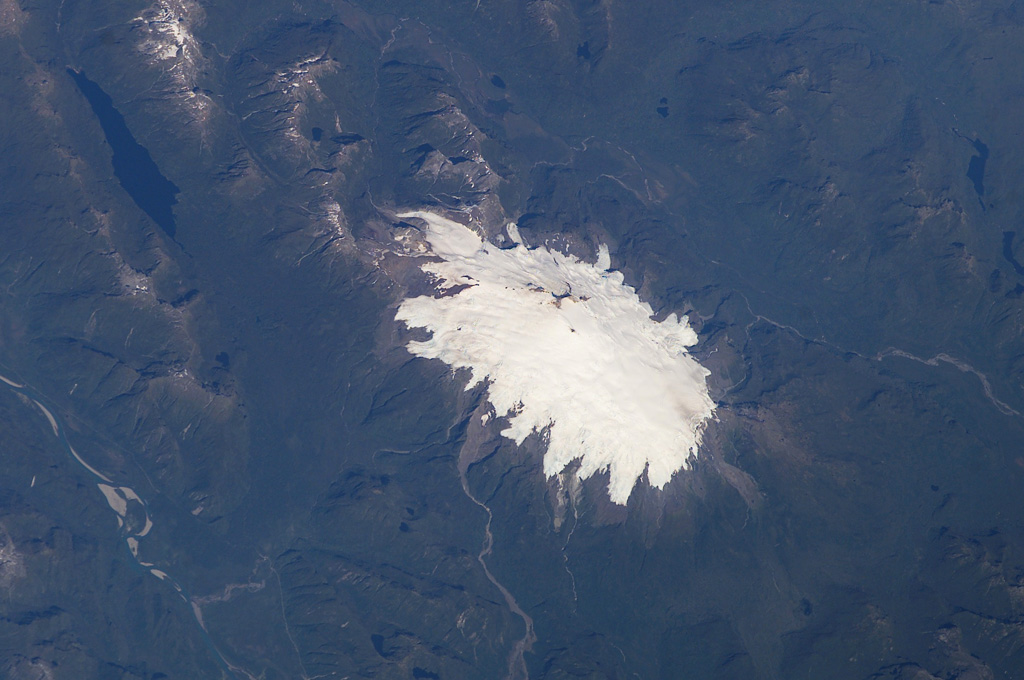 The glacier-clad Melimoyu stratovolcano dominates this NASA International Space Station image (with north to the lower left). The 8-km-wide, largely buried ice-filled caldera is drained by a glacier through a notch in the NE rim. The 2400-m-high basaltic-andesite volcano is of Pleistocene to possible Holocene age and has several cinder cones. 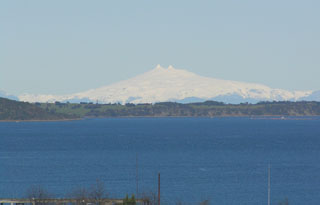