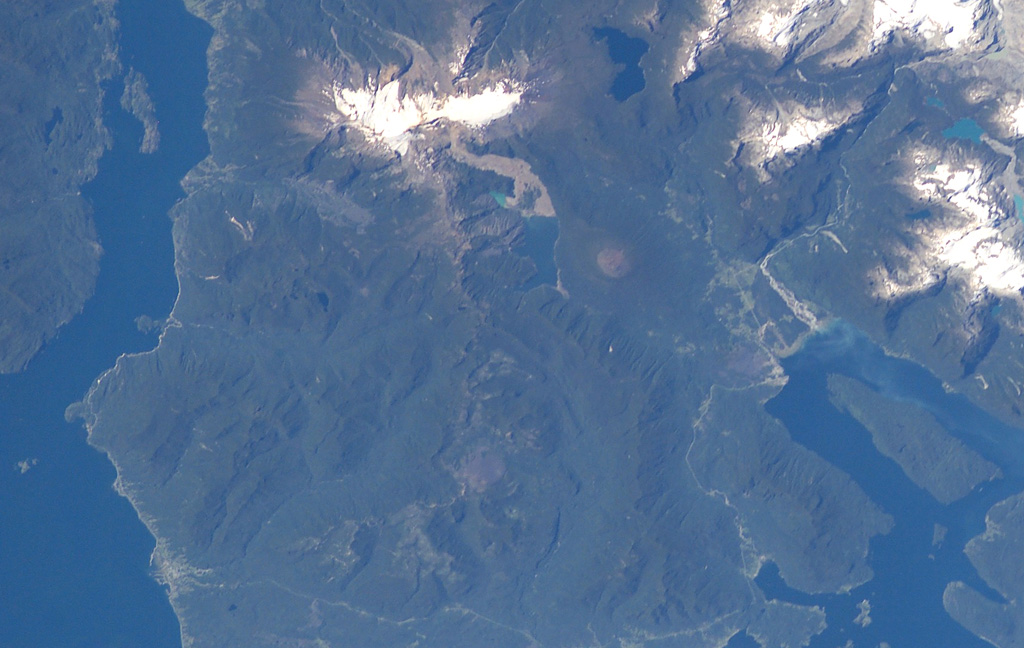 The forested volcanic complex in the lower center of this NASA Space Station image (with north to the left) is Hualique (also known as Apagado). This stratovolcano is located SW of snow-covered Yate volcano (top; left of center) and occupies the peninsula between the Gulf of Ancud and the Reloncaví estuary (upper left). A 6-km-wide caldera is open to the SW. Hornopirén volcano is the small rounded brownish peak below and to the right of Yate volcano. 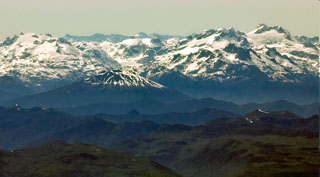