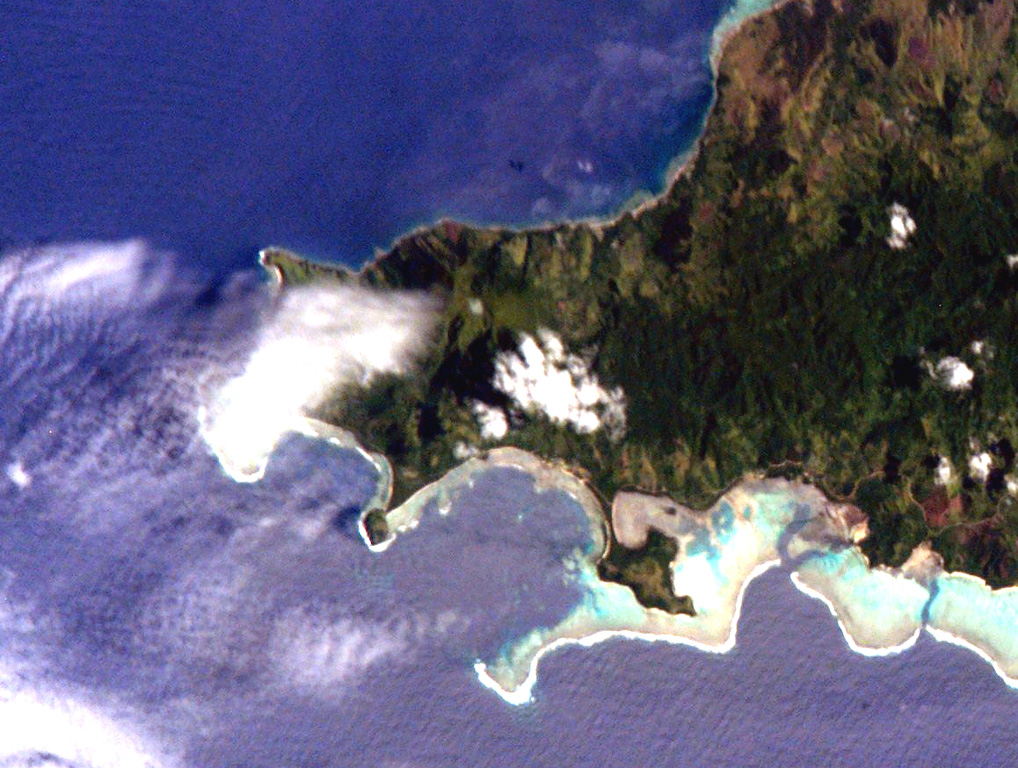 The summit of Nabukelevu lies between the two clouds near the center of this NASA International Space Station image and is located at the SW end of Kadavu Island at the southern end of the Fiji archipelago. Debris avalanches from collapse of the Mt. Washington lava dome complex reached both the northern coast to the right of Cape Washington (the small peninsula at the upper left) and horseshoe-shaped Daviqele Bay (bottom center) and the south. Block-and-ash flows from dome growth and collapse have occurred within the past few hundred years. 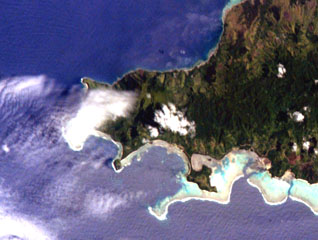