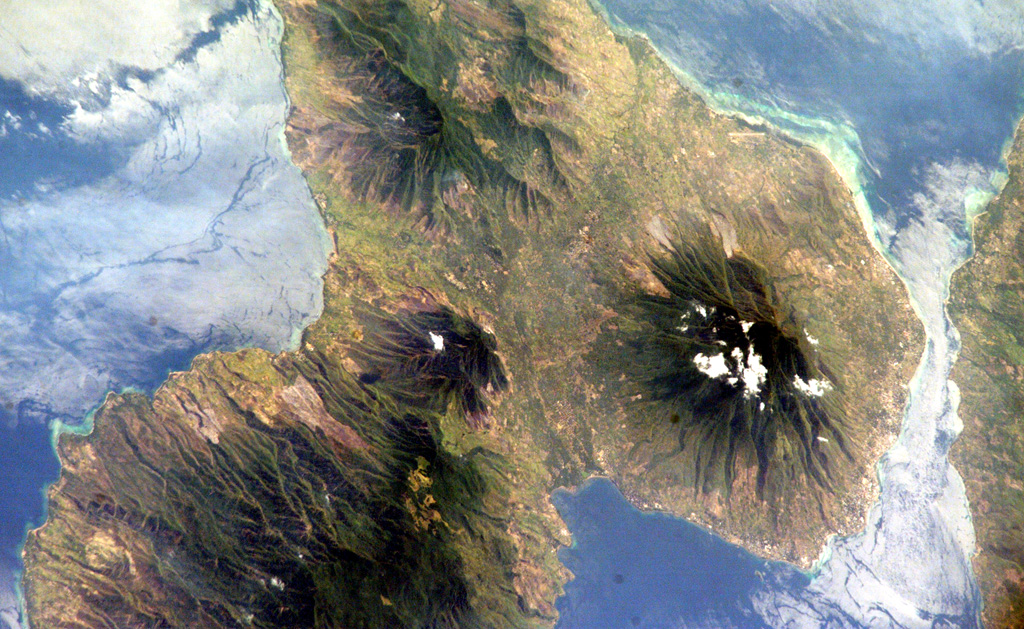 A lone cloud rises above Ilikedeka volcano near the center of this NASA Space Shuttle image of the NE end of Flores island. The Riang Kotang fumarole field consists of two fumarolic areas located at the northern foot of Quaternary Ilikedeka volcano, along the saddle between it and the volcanic massif at the top of the image. Hot springs are located along the SW side of Oka Bay (bottom) and Hadang Bay on the NW coast. 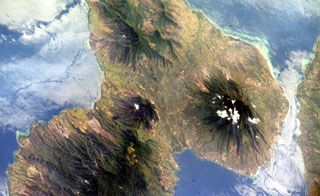