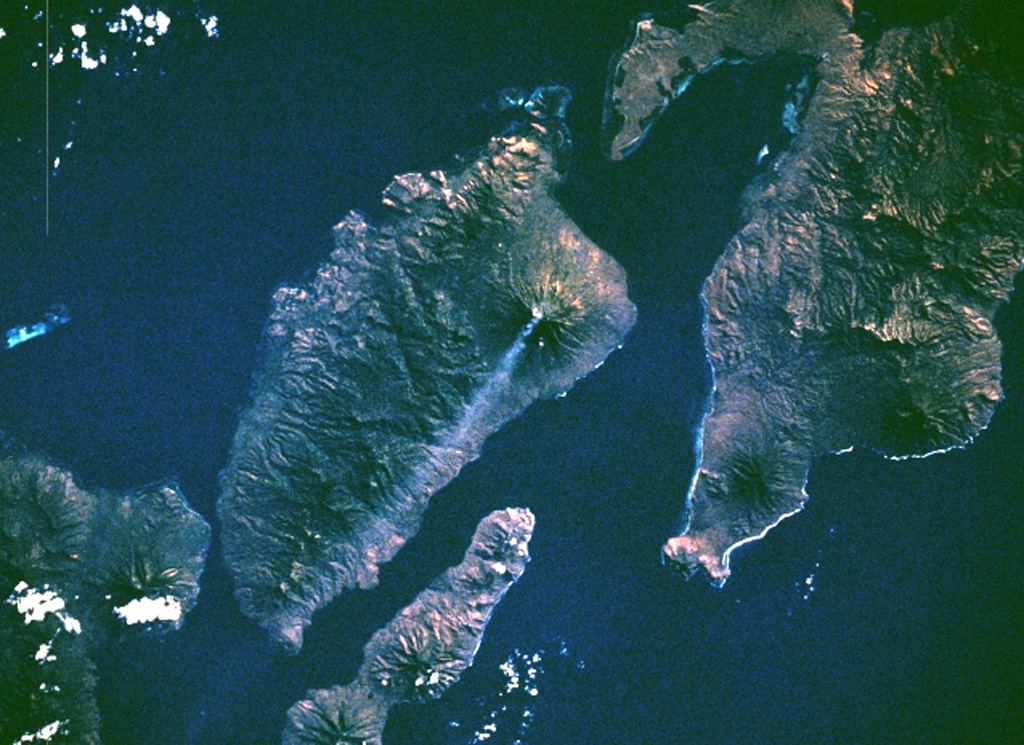 An eruption at Iliboleng began on 11 May 1983 when an ash plume rose to 500 m. Ash and incandescent ejecta was reported on 13 July and fine ash occasionally fell from the plume on 15 July. On 4 September space shuttle astronauts photographed this small diffuse plume 50-70 km long, and an ash plume was reported again on 22 September. A 500 m ash plume was seen for a few minutes on 24 November, and additional plumes were emitted on 3 January and 13 April 1984 to a maximum height of 1 km.