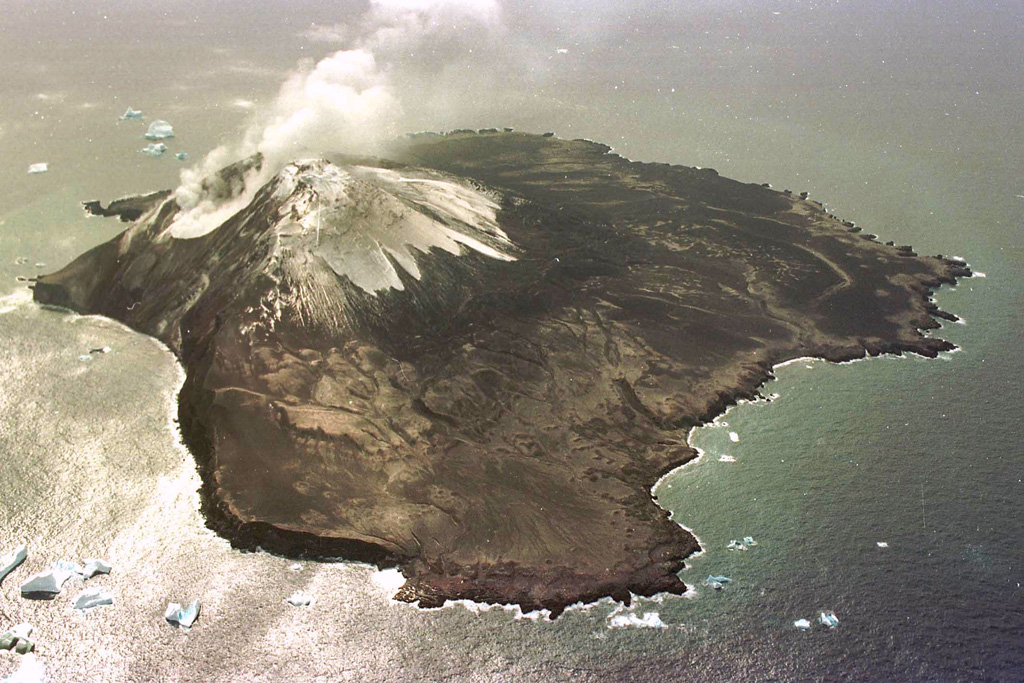 Steam clouds rise from fumaroles near the summit of Mount Curry, on Zavodovski Island, in this aerial view from the south. Icebergs lie off the shores of the approximately 4.5-km-wide island, the northernmost of the South Sandwich Islands. The eastern coast (right) comprises lava flows and is low-lying, contrasting with the cliffs of the west (left). Two young eruptive fissures extend NE from the summit toward craters on the east flank and were the source of a lava platform extending toward Pungent Point (right). 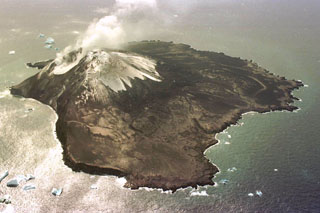