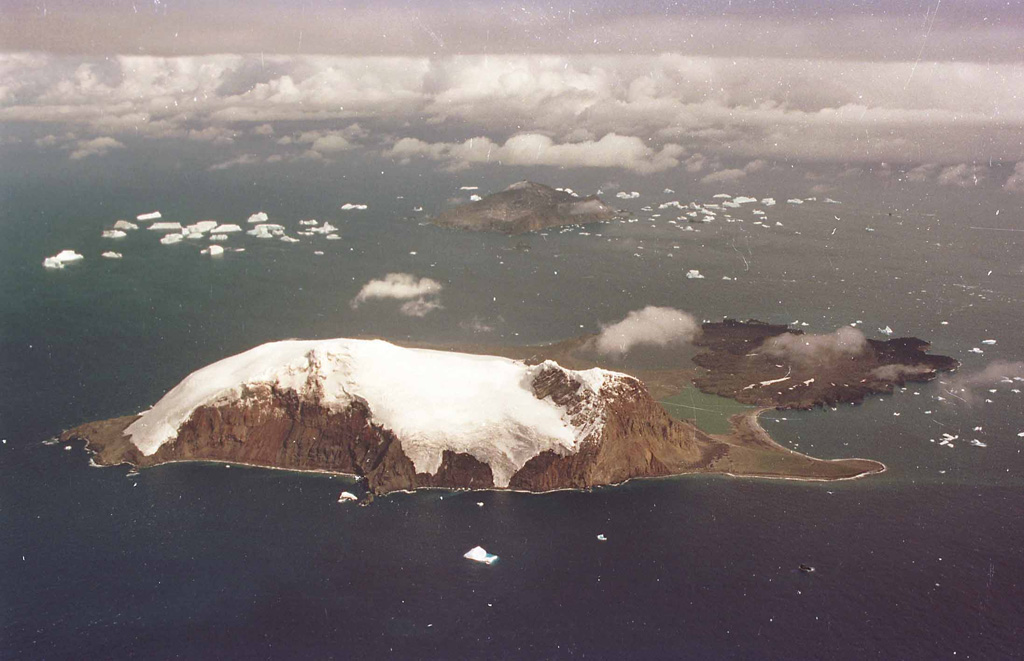 The glacier-covered peaks of Mount Andromeda (Ieft) and Mount Perseus (right) rise along the eastern side of Candlemas Island. Rocky beaches join this prominent southern part of the island to a low-relief ice-free area consisting of dark lava flows from Lucifer Hills in the north. Lucifer Hills is a complex of coalesced cinder cones with numerous active fumaroles, and dark clouds were seen emanating from the area in 1823 and 1911, indicating recent eruptions. A narrow spit, Demon Point, divides greenish Gorgon Pool from Kraken Cove (right). Medusa Pool lies below the cloud beyond Gorgon Pool. Vindication Island can be seen in the background, about 4.5 km from Candlemas. These two islands are part of the same volcanic edifice, with Vindication Island representing the oldest parts of the volcano. 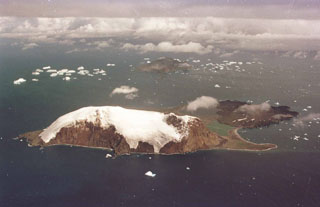