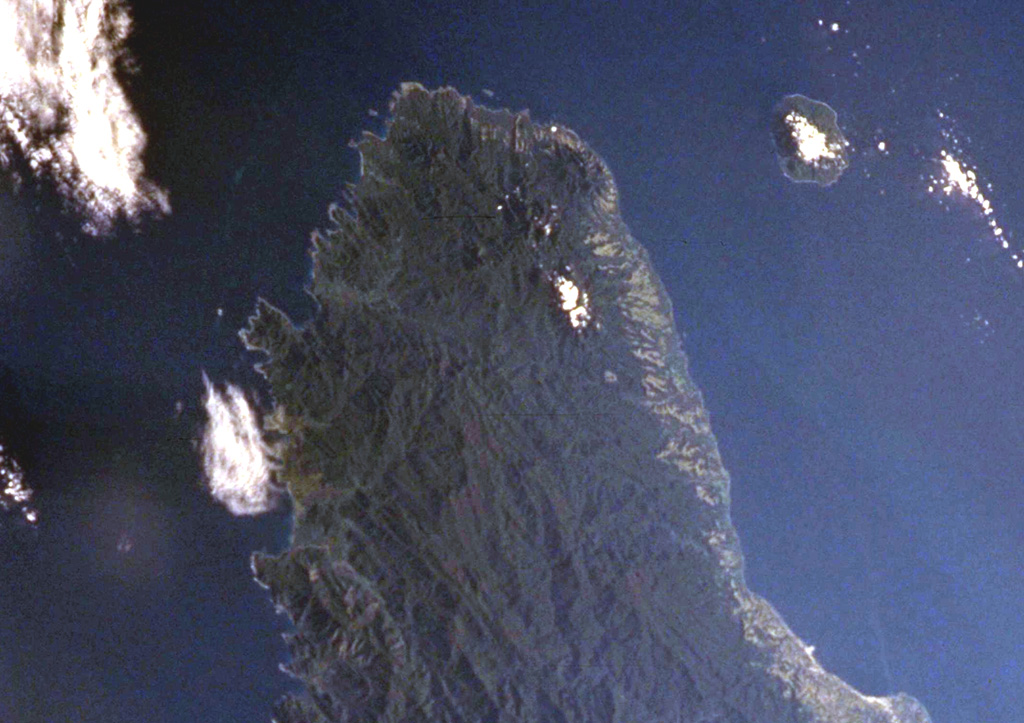 The Pliocene-to-Quaternary Gallego volcanics cover a large area of NW Guadalcanal Island along the top part of this NASA International Space Station image (N is to the upper right). Local traditions mention a historical eruption from Mount Roundhead, but this could refer to an eruption from Savo volcano, the island to the upper right. Mount Esperance volcano rises above Cape Esperance, across the channel from Savo Island. The city of Honiara lies along the northern coast of Guadalcanal Island at the lower right. 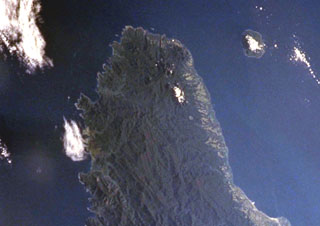