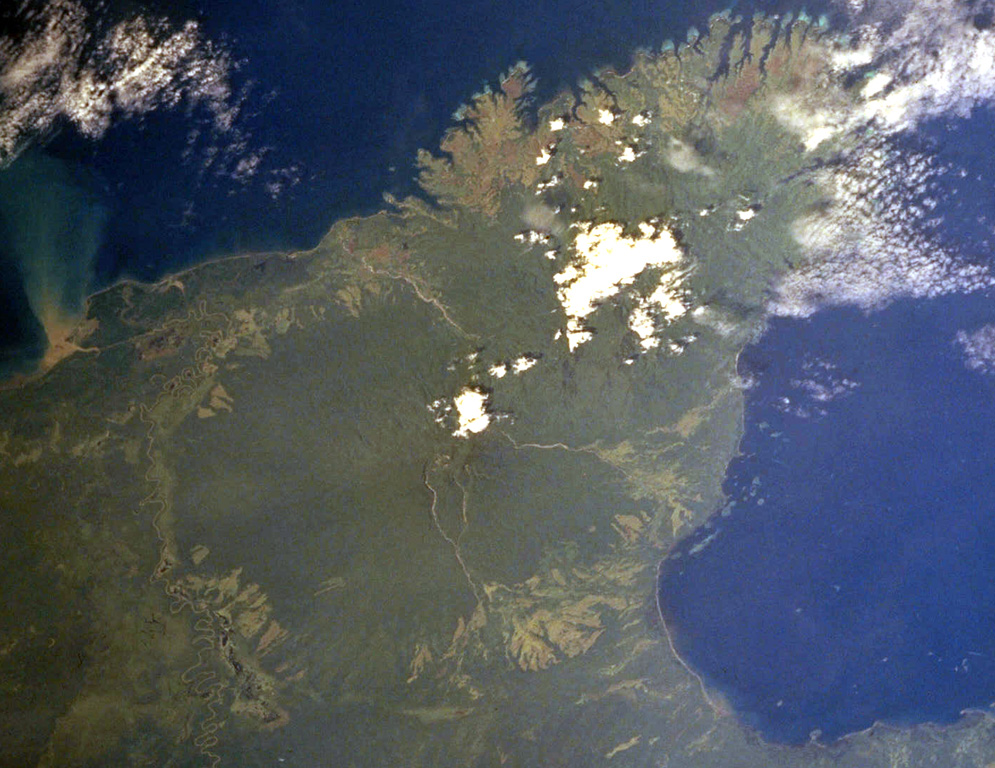 The forested volcanic massif at the center of the image is Mount Victory, which occupies the lower part of a peninsula SW of Cape Nelson (upper right). To the NE it abuts the deeply dissected Pleistocene Mount Trafalgar volcano, its summit draped by the larger cloud banks. The summit crater of Mount Victory contains a breached crater and several lava domes. The only confirmed historical activity of Mount Victory was a long-term late-19th to early 20th-century eruption that produced pyroclastic flows that reached the coast. 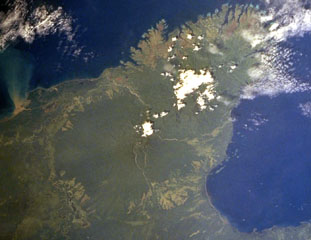