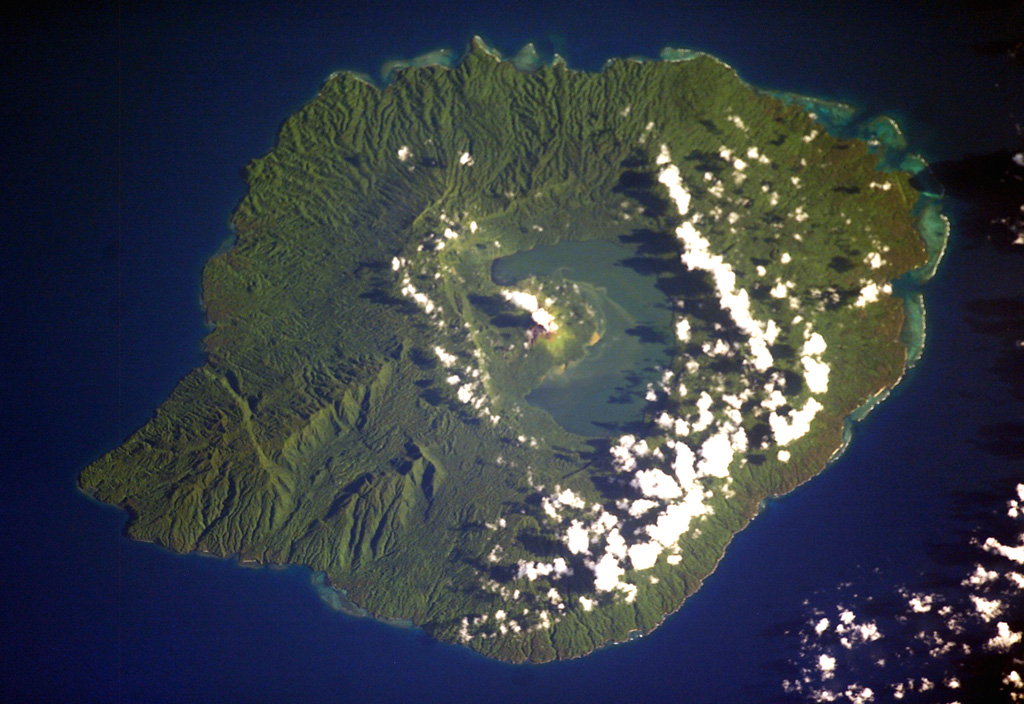 Crescent-shaped Lake Letas partially fills the summit caldera of Gaua volcano, curving around the historically active post-caldera Mount Garat. Several young lava flows from flank vents reached the coast and form the smoother areas along the flanks of the volcano. The 6 x 9 km caldera is bound by a series of discontinuous, bifurcating faults. The dissected terrain on the SW (lower left) is part of an older series of tuff cones and lavas.