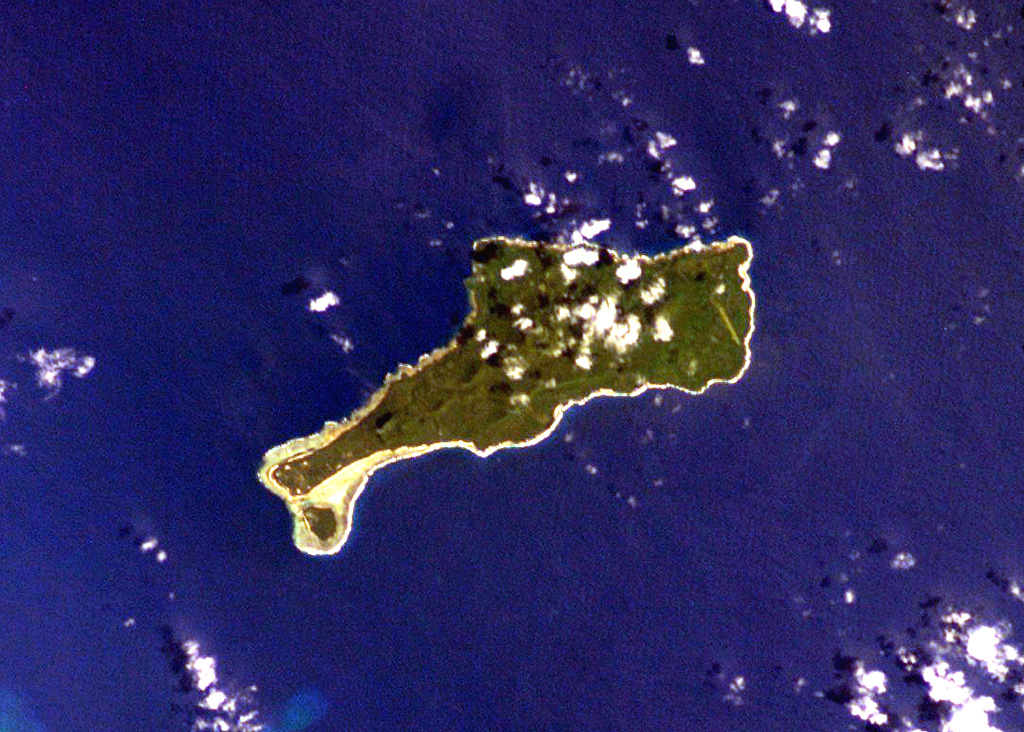 The elongated island of Motlav, also referred to as Mota Lava, lies in the northern Banks Islands of Vanuatu. The 12-km-long island is comprised of at least five Pleistocene basaltic stratovolcanoes capped by two well-preserved late-Pleistocene to Holocene pyroclastic cones, Tuntag and Vetnam. The low peak with a shadow above it at the lower left (SW) part of the island is Tuntog, a largely pyroclastic composite cone with a 500-m-wide summit crater. Vetnam pyroclastic cone lies in the center of the island. 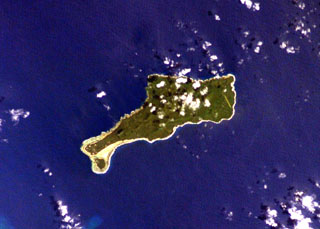