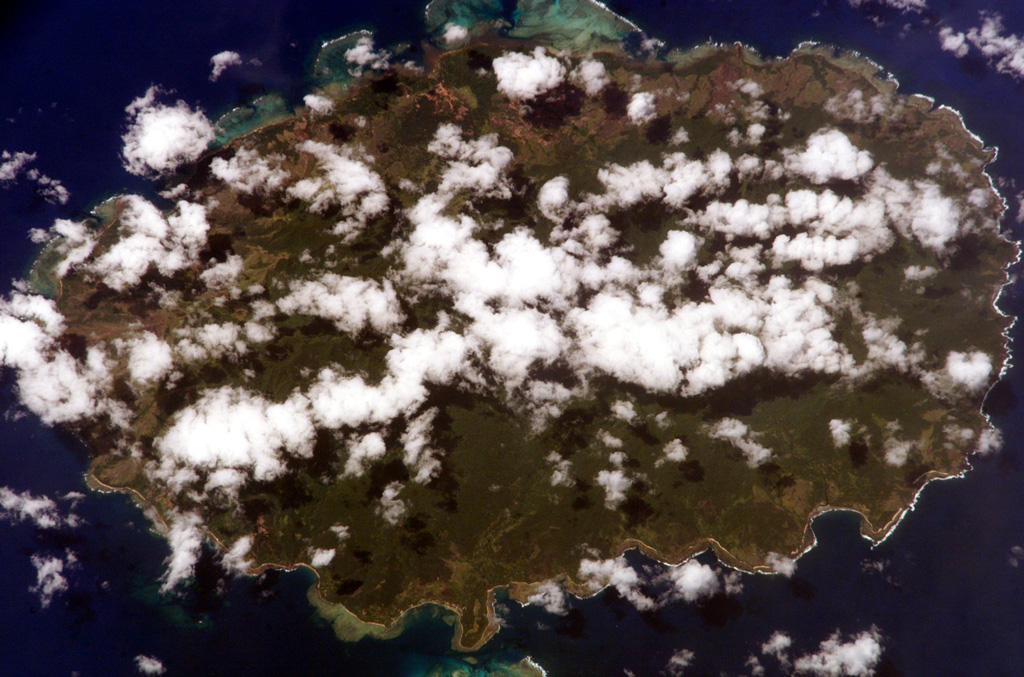 Clouds drape oval-shaped, 17-km-wide Aneityum Island in this NASA Space Shuttle image with north to the top. Aneityum, also known as Anatom, consists of two coalescing, dominantly basaltic Pleistocene volcanoes. Both the NW side of Inrerow Atamwan volcano (left) and the SE side of Nanawarez volcano (right) are truncated by large erosional cirques. Volcanic activity ceased during the late-Pleistocene to Holocene. Fringing reefs are visible on the northern side of the island. 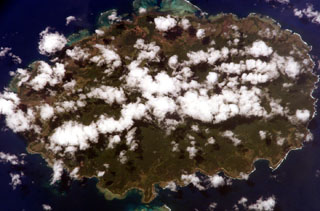