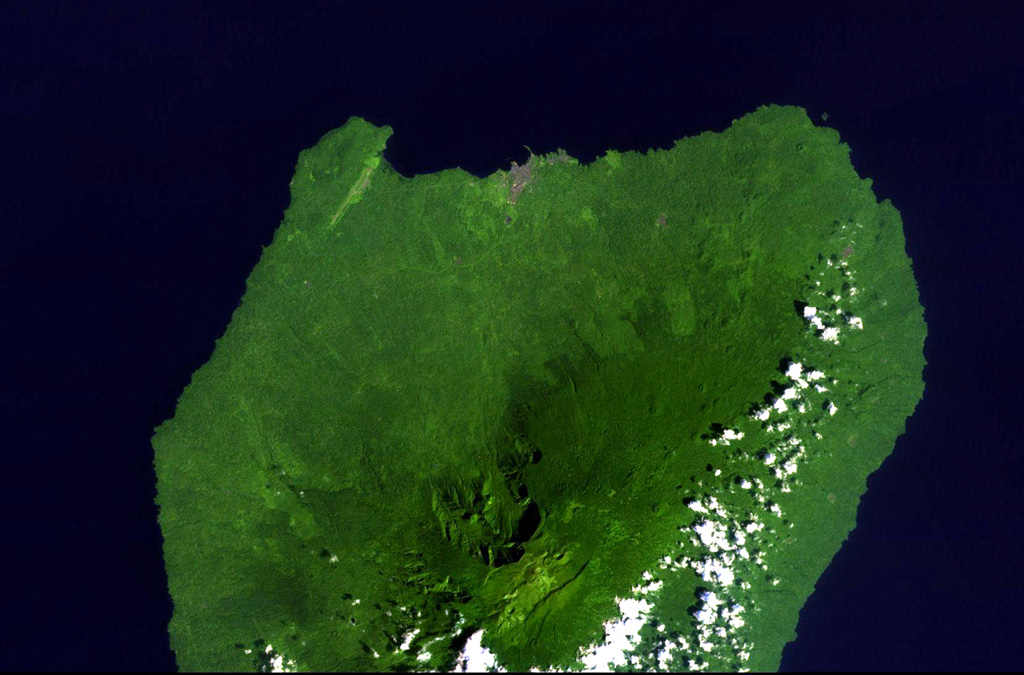 Santa Isabel volcano occupies the northern end of Bioko (Fernando Poo) Island in this NASA Landsat view with north to the upper left. A large escarpment cuts the northern side of the 3,007-m-high volcano, whose summit is cut by regional NE-SW-trending faults. Numerous scoria cones are present, many of which lie along the same tectonic trend. Santa Isabel is the only Bioko Island volcano with reported historical eruptions, although they are poorly documented. The brown area along the northern coast is the capital city of Malabo. 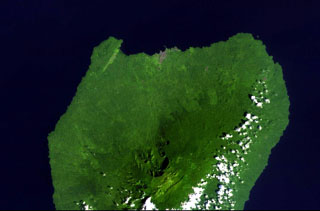