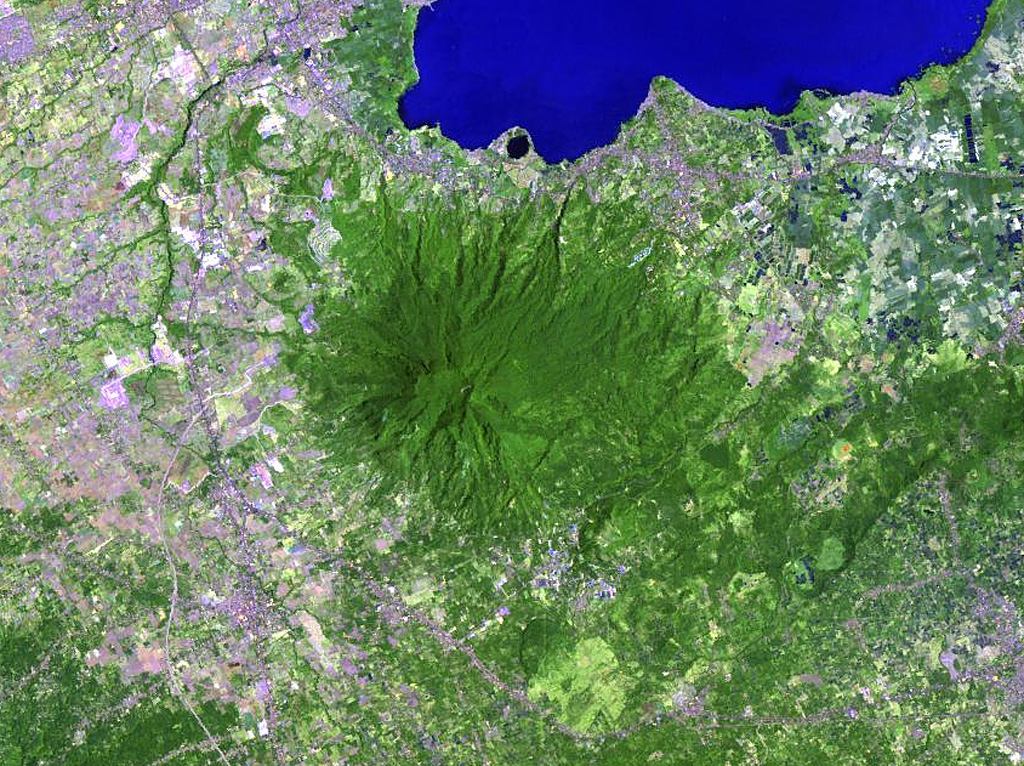 The forested Maquiling volcano (center) rises south of Laguna de Bay (top) and is the highest point of the San Pablo volcanic field. It has a deep crater whose floor is 480 m below its N rim and several cones, maars, and numerous thermal areas at its northern base, and other maars and scoria cones of the San Pablo volcanic field lie to the E. The prominent dark-colored maar along the shore of Laguna de Bay north of Maquiling is Alligator Lake. 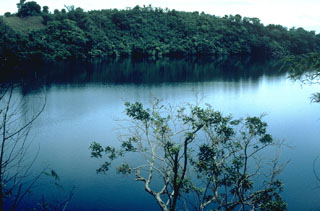