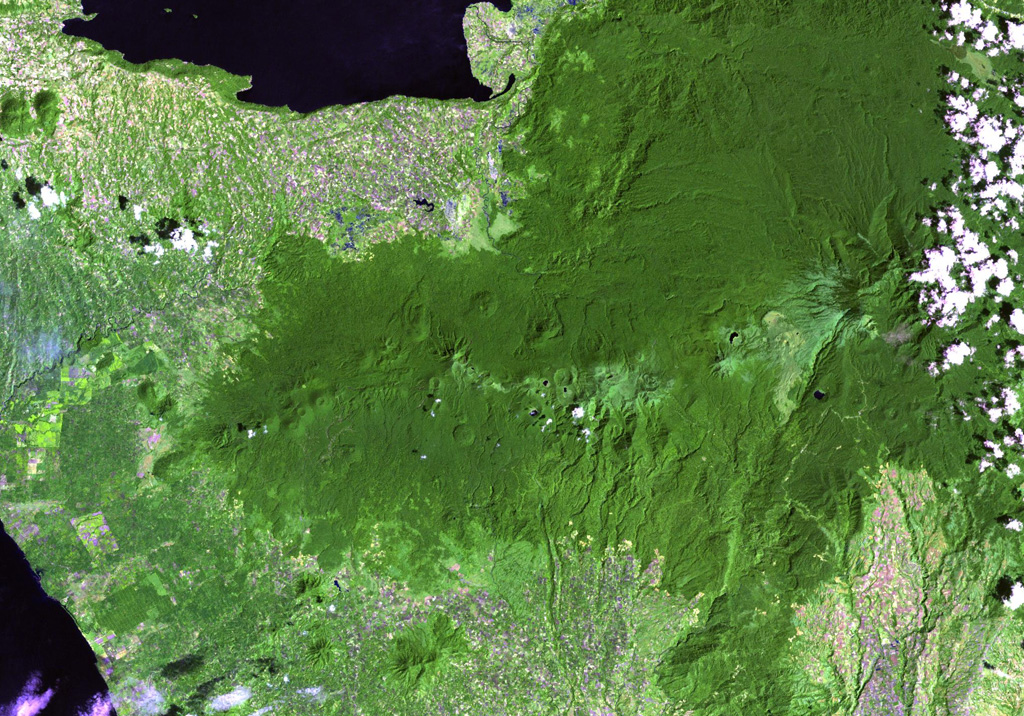 Several prominent pyroclastic cones are visible on the flanks of Makaturing volcano (left of center), located NE of Illana Bay (lower left) and south of Lake Lanao (upper left) at the west end of a chain of volcanoes in central Mindanao. Eruptions from this volcanic chain have variously been attributed to Makaturing and the historically active Ragang. 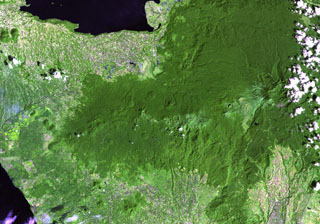