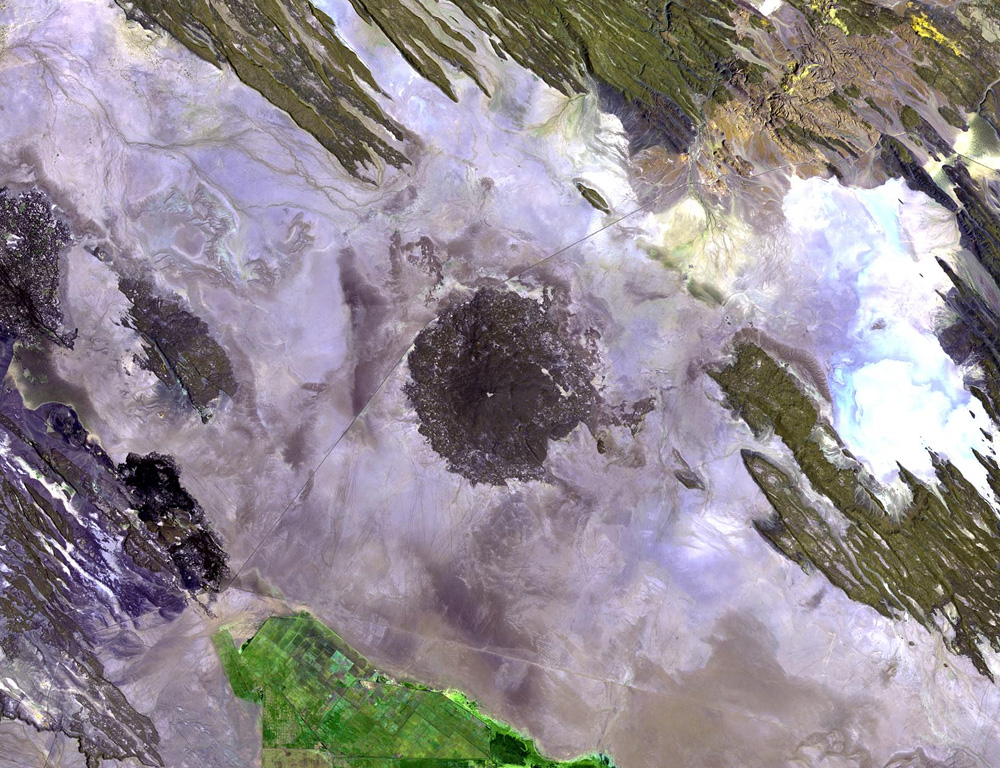 The dark-colored circular area in the center of this Landsat image is the small Holocene Kurub shield volcano. Kurub lies in the Saha Plain, SE of the Manda Hararo complex, the southern margin of which is visible at the far left. Initial subaqueous activity occurred along NNW-trending fissures cutting the basaltic volcano. Fumarolic activity observed in the 1930s was not seen during field work in the 1970s. 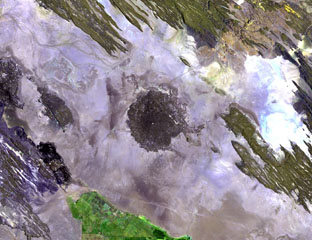