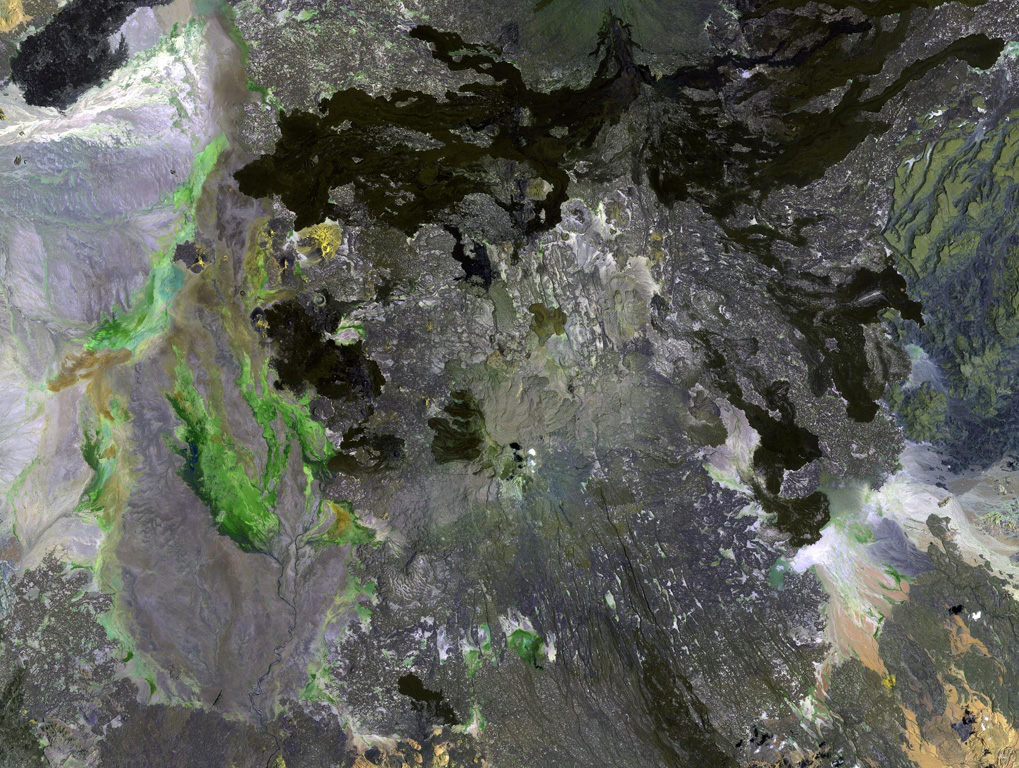 Dabbahu (also known as Boina or Moina) is a young volcanic massif (center) in the Afar depression SSW of the Alayta massif. Pantellerite obsidian flows, lava domes, and pumice cones form the summit and upper flanks of the volcano. Late-stage basaltic fissure eruptions occurred at the NW base of the volcano (upper left) and numerous fumaroles are located in the central part of the massif. 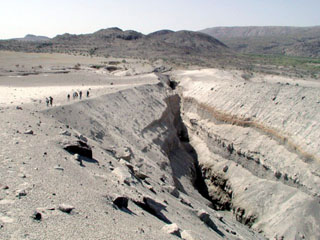