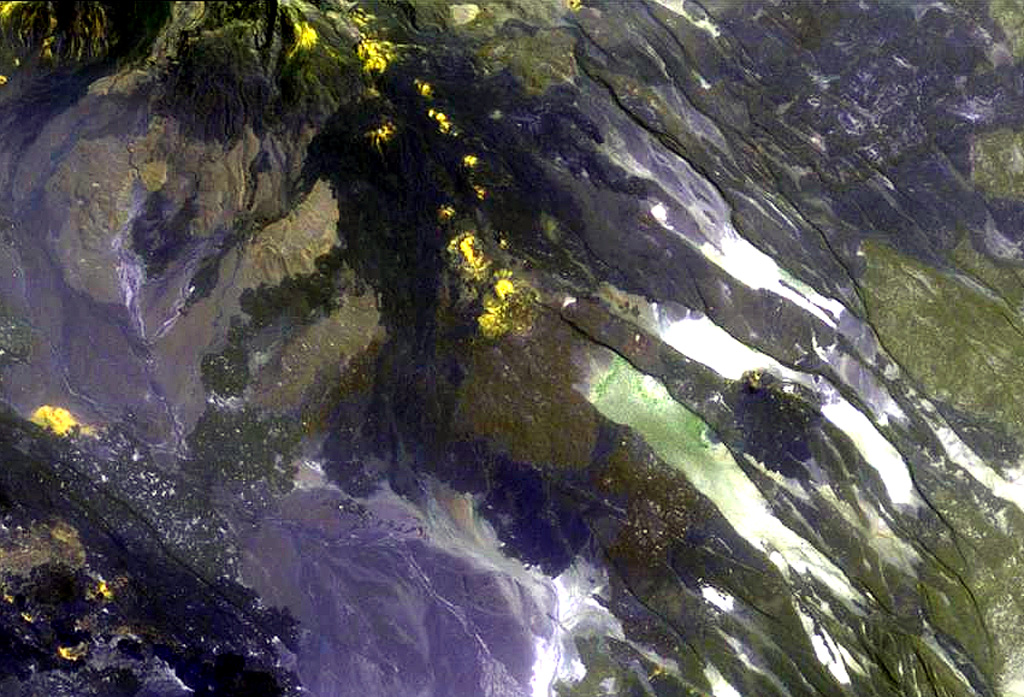 The chain of pyroclastic cones and lava flows extending diagonally down from the upper-left portion of this Landsat image is the southern portion of the Mousa Alli volcanic complex. The flanks of its neighbor to the SW, Manda Inakir, are visible at the extreme lower left. Prominent faults at the right cut lava flows of the Pliocene-Pleistocene stratoid series of the Afar region. 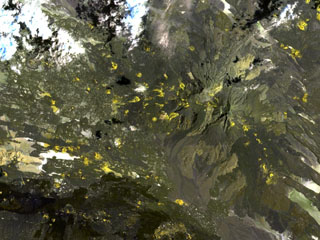