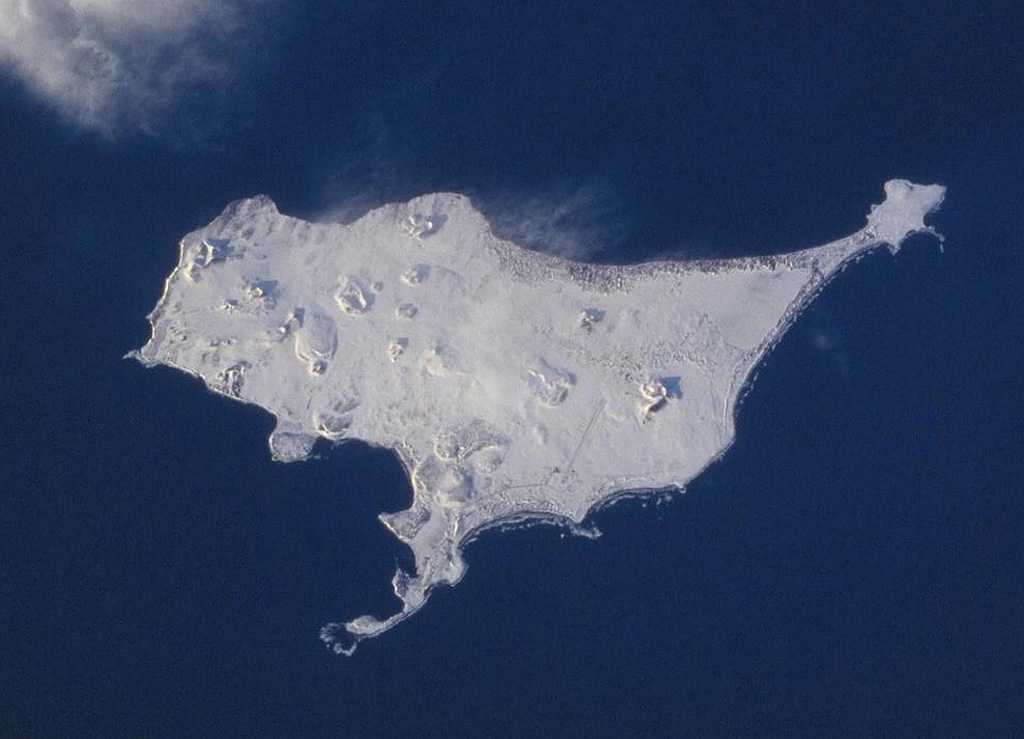 A Space Shuttle image of St. Paul Island shows Northeast Point to the upper right, Reef Point at the bottom-center, and Southwest Point to the left. Snow-covered Big Lake lies SW of Northeast Point, Bogoslof Hill near the center of the island, and Rush Hill is the cone along the NW coast. Rush Hill produced lava flows from NE-trending fissures. The 110 km2 island is the largest of the Pribilof Islands and contains more than a dozen scoria cones and associated lava flows. 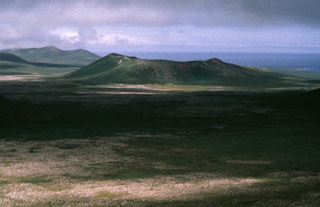