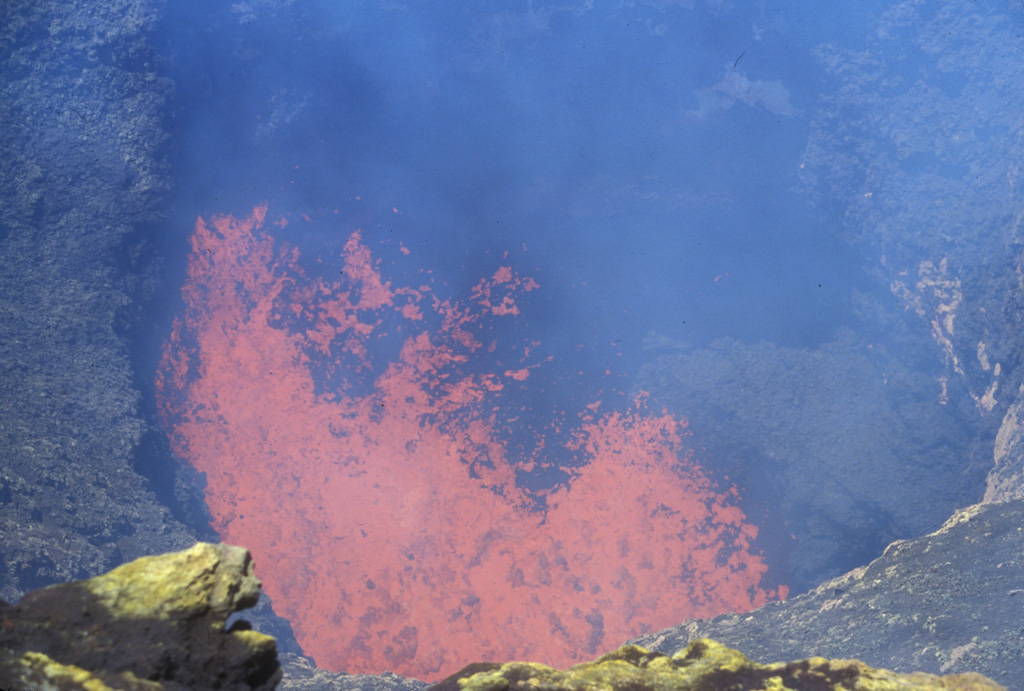 Incandescent spatter and bombs ejected from a lava lake at the bottom of a steep-sided, ~40-m-wide inner crater are seen from the SW rim of Villarrica's outer crater on November 19, 2004. Incandescence was seen above the summit crater the nights of August 5-6 and October 27-28, 2004 and frequently during November and December. Strombolian explosions ejected material to 100 m the night of December 12-13. Ground observations of summit lava lake activity and minor strombolian explosions were continued into 2006.