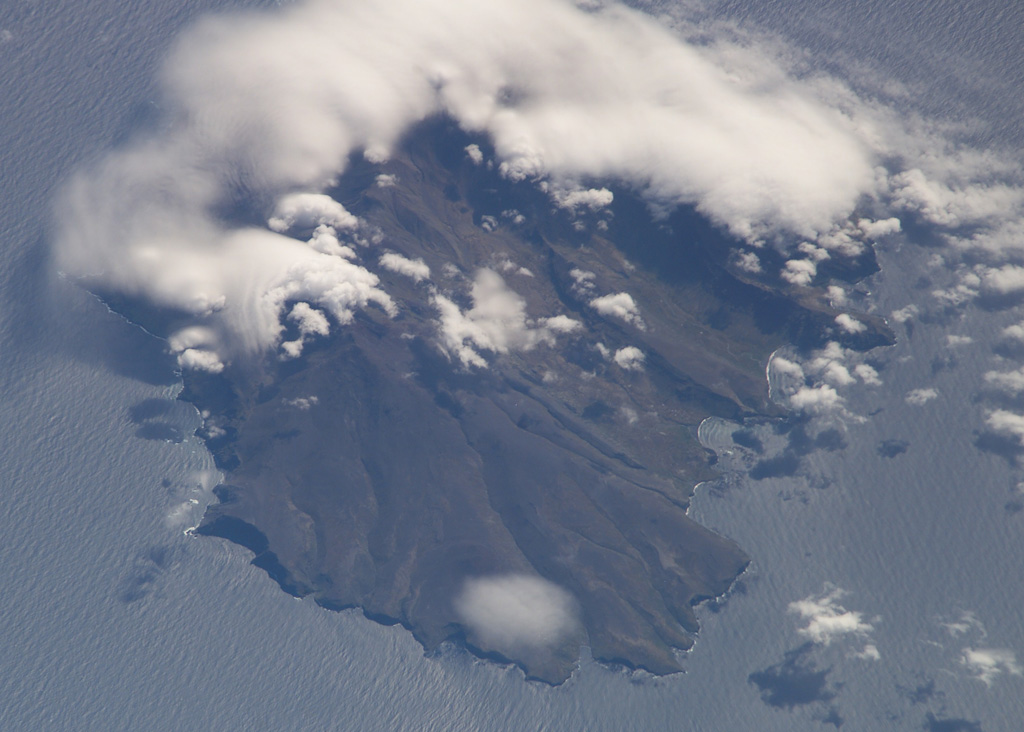 Ile de la Possession, located immediately west of Ile de l'Est in the Crozet archipelago, is seen in this NASA International Space Station image (N at the top). The 14 x 19 km island is structurally complex and has an irregular shoreline. It consists of a stratovolcano intruded by ring and cone dikes and modified by block faulting, marine erosion, and uplift. Young scoria cones of probable Holocene age are distributed over much of the island. 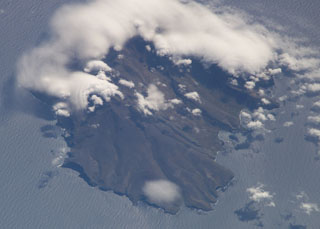