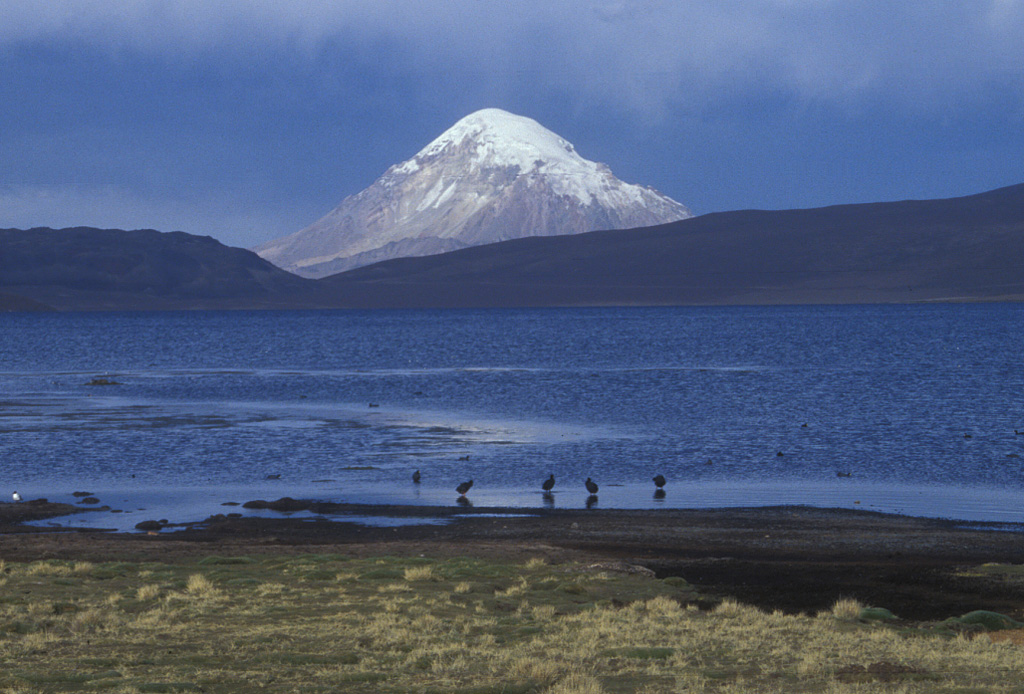 Nevado del Sajama, rising to 6542 m about 20 km east of the Chilean border, is Bolivia's highest mountain. The steep-sided volcano is seen here from the Chilean side of the border, rising above Laguna Chungará, which was formed when a debris avalanche from Parinacota volcano (out of view to the left) blocked drainages. Sajama consists of an andesitic stratovolcano overlying andesitic-to-rhyodacitic lava domes. Pleistocene lava flows from Parinacota form the ridge at the left, and the flanks of Pleistocene Quisiquisini volcano rise to the right. 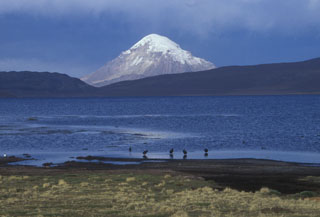