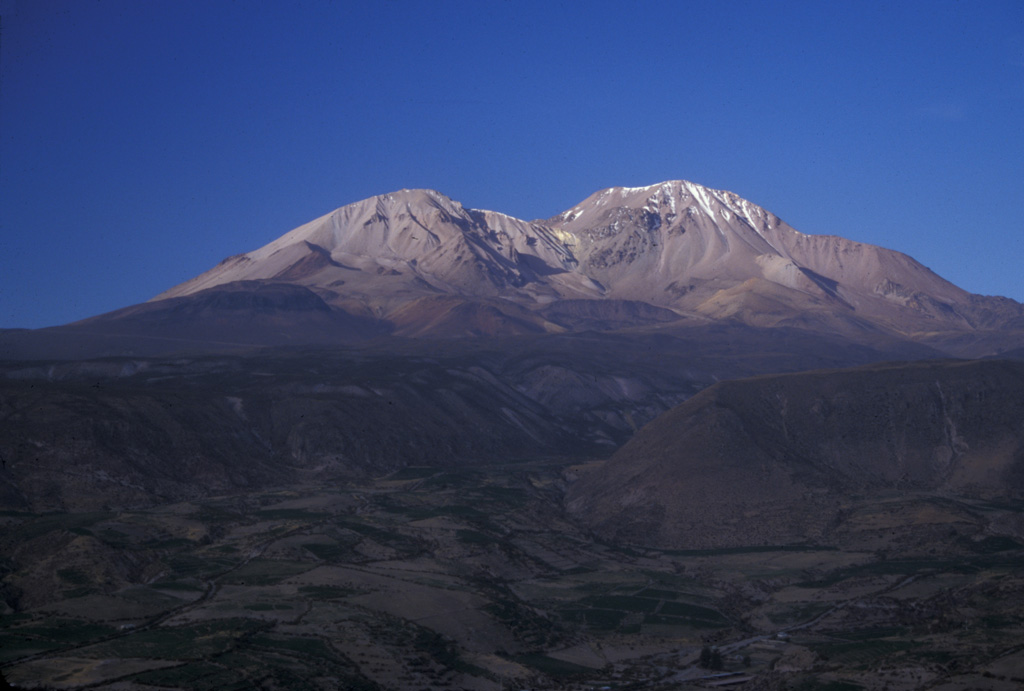 The Taapaca volcanic complex rises to the NE above the town of Putre, just out of view to the left. The elongated volcanic massif consists of an initial andesitic stratovolcano and a long-term dacitic lava-dome complex. The 5860-m-high dome complex on the right horizon is part of the Holocene Putre unit, formed during the latest eruptive stage. The left-hand dome is part of the late-Pleistocene Socapave unit. A pyroclastic apron from Taapaca, including a late-Pleistocene debris-avalanche deposit, forms the foreground. 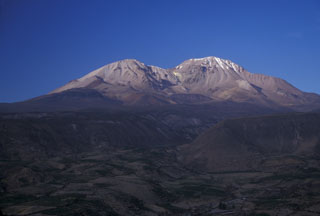