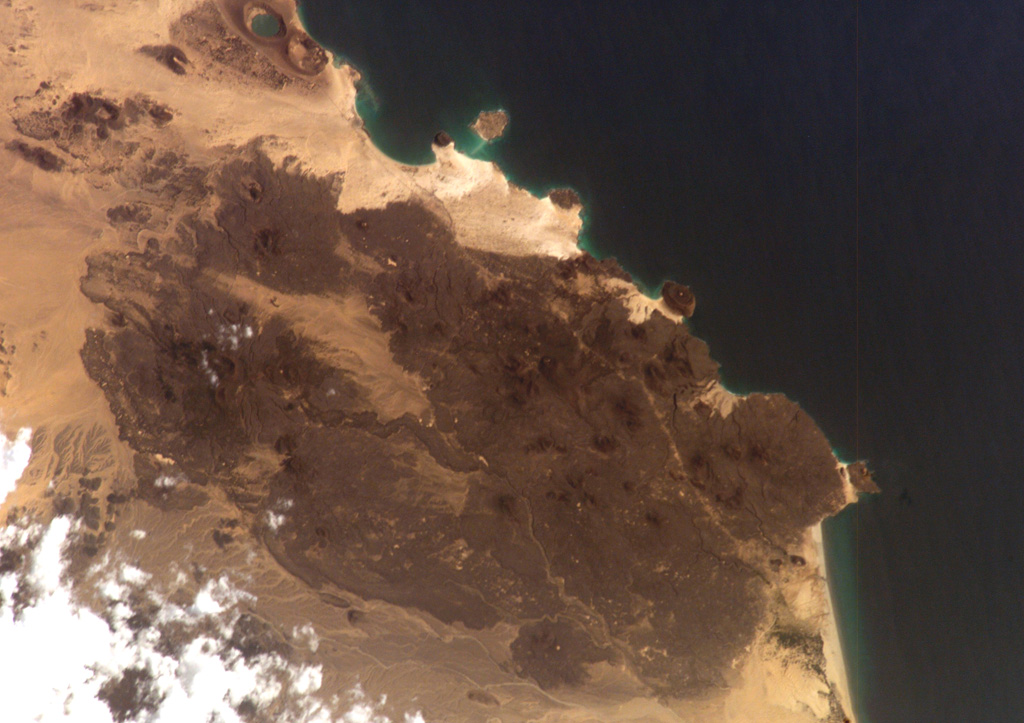 The Harra of Bal Haf volcanic field fills much of this NASA Space Shuttle image taken along the Gulf of Aden in southern Yemen (N to the bottom left). Dark-colored lava fields cover much of the volcanic field and create an irregular shoreline. One basaltic flow may be of historical age. Two large tuff cones are visible along the coast at the upper left, one of which is lake filled. 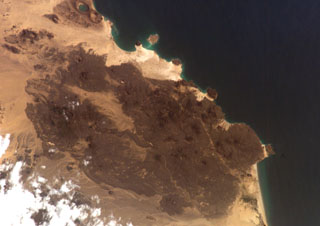